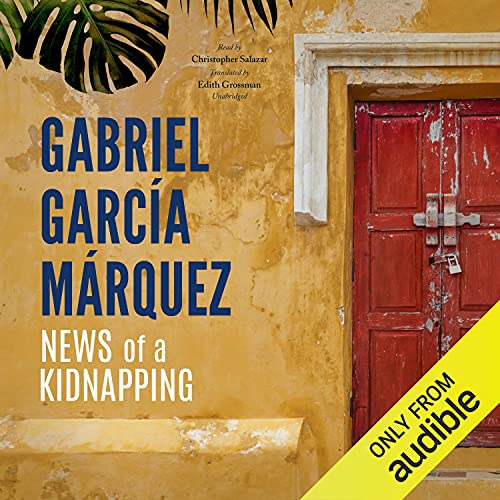 News of a Kidnapping

Consumed these past 20 years by a “biblical holocaust”, Colombia has endured leftist insurgencies, right-wing death squads, currency collapses, cholera epidemics, and, most recently and corrosively, drug trafficking. Returning to his days as a reporter for El Espectador, Gabriel García Márquez chronicles, with consummate skill, the period in late 1990 when Colombian security forces mounted a nationwide manhunt for Pablo Escobar, the ruthless and elusive head of the Medellin cartel. Ten men and women were abducted by Escobar’s henchmen and used as bargaining chips against extradition to the United States. From the testimonies and diaries of the survivors, García Márquez reconstructs their bizarre ordeal with cinematic intensity, breathtaking language, and rigor. We are drawn into a world that, like some phantasmagorical setting in a great García Márquez novel, we can scarcely believe exists but that continually shocks us with its cold, hard reality.

What listeners say about News of a Kidnapping