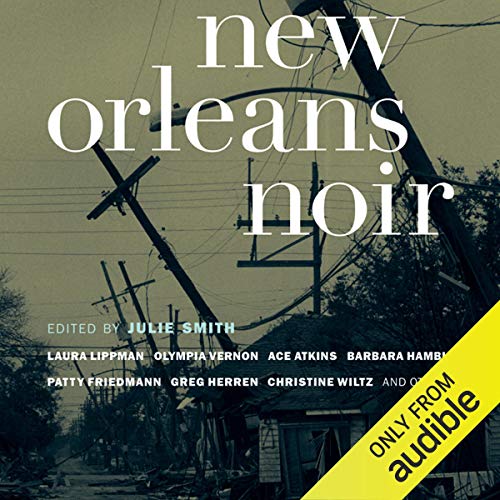 Beneath the glitter of Mardi Gras lies the sleaze of Bourbon Street; under the celestial sounds of JazzFest, the nightmare screams of a city once at war within its neighborhoods, but after Hurricane Katrina, seemingly at war with nature and the rest of the country as well. New Orleans is a third world country in itself, a Latin, African, European (and often amoral) culture trapped in a Puritan nation. It's everyone's seamy underside, the city where respectable citizens go to get drunk, puke in the gutter, dance on tabletops, and go home with strangers, all without guilt. It's the metropolitan equivalent of eating standing up - if it happened in New Orleans, it doesn't count. The city was always the home of the lovable rogue, the poison magnolia, the bent politico, the sociopathic street thug, and, especially, the heartless con artist - but in post-Katrina times it struggles against... well, the same old problems, just writ large and with a new breed of carpetbagger thrown in. Combine all that with a brilliant literary tradition and you have New Orleans Noir, a sparkling collection of tales exploring the city's wasted, gutted neighborhoods, its outwardly gleaming "sliver by the river," its still-raunchy French Quarter, and other hoods so far from the Quarter they might as well be on another continent. It also looks back into the past, from that recent innocent time known in contemporary New Orleans as "pre-K," to the mid-nineteenth century, the other time the city was mostly swampland.

Diverse as the City

Made me homesick for the city of my birth. I smelled forgotten smells and saw forgotten scenes in the stories.

The stories are very boring with nothing to them! I couldn’t even get past the first two. Maybe they get better, but not worth my time even if I am driving for 14 hours.