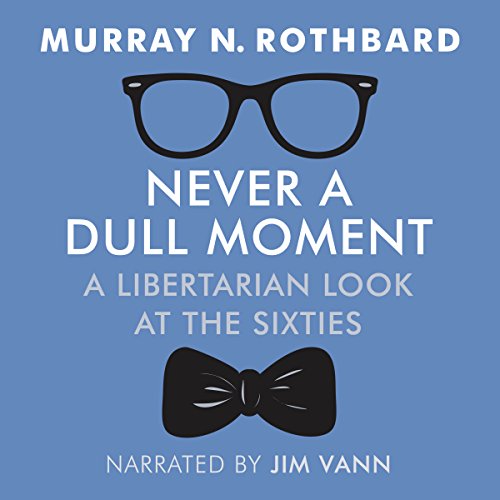 For Murray Rothbard, libertarianism wasn't an intellectual parlor game, nor was it a personal affectation: for him, it was a banner that was meant to be carried into battle. Ever the happy warrior, he sought to bring the radical libertarian perspective to bear on the events of the day, and it was a task he delighted in. From 1967 thru 1968, Rothbard churned out 58 columns for the Freedom Newspapers, addressing the campus revolt; the massive antiwar demonstrations; the Six-Day War between Israel and the Arab powers; the Newark riots; the Vietnam War; the persecution of H. Rap Brown, the assassination of Martin Luther King, the abdication of Lyndon Baines Johnson, the rise of Richard Nixon - in those two crucial years there was, as they say, never a dull moment.

What listeners say about Never a Dull Moment

Very instructive as to how the "left" and "right" have evolved. Hopefully more and more Americans will take the time to understand the little libertarian point of view.