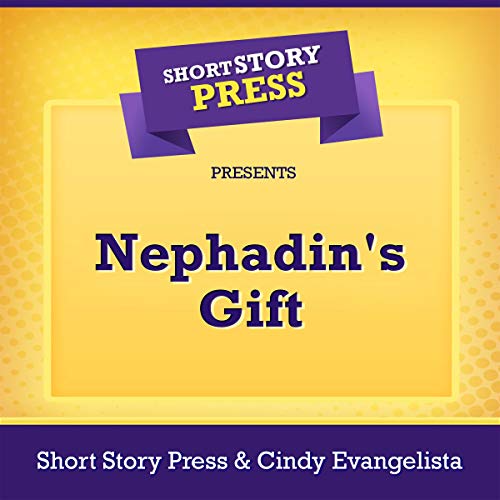 Anya and her sister, Dawn, grew up with their parents teaching them how to use magic. Unbeknownst to her sister, Anya is a nephadin, the offspring of an angel and a demon. Anya, being the more powerful of the two, is envied and secretly hated by Dawn.

In young adulthood, their rivalry comes to a head when they both fall in love with Seth, the prince. Anya’s accident in the woods brings the prince right to their door and into their hearts. The handsome royal promises he will see Anya again and Dawn schemes to take him away from her.

During the Tournament of Heroes, Anya and Dawn both compete in the big melee event, but it is only Anya who wins the respect and friendship of the prince. Dawn, in her devilish jealousy, will do anything she can to thwart her sister’s newfound relationship with the man she desires.

Anya finds herself lost in a strange place as a result of Dawn’s shadow teleportation magic. With the aid of one inhabitant of the mystery land, she finds the strength she needs to face Dawn in a final battle. Soon, the two sisters fight to the death. Will the Light prevail or will Shadow take over the Earth?

What listeners say about Nephadin's Gift