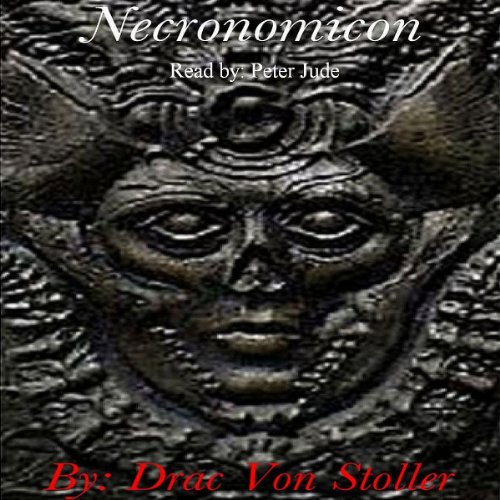 Jack was the only living relative left in the family and decided since his great aunt Hilda's cabin was being neglected he would put it to use. Jack decided a good idea would be to invite some of his closest friends over for a night of singing and telling ghost stories around a campfire.

Legend has it that Hilda was an evil witch that used to live in Salem Massachusetts and thought she could escape the witch hunters by living deep in the woods in an isolated area in a small cabin.

When Rhonda opened the Book of the Dead (Necronomicon) all Hell was about to break loose and Hilda the Witch was ready to hunt Rhonda's friends down including Rhonda and kill them one by one.

What listeners say about Necronomicon

The writing for this story is so bland and uncreative that I couldn't stay interested in it. On top of that, it has been dramatized with highly unnecessary sound effects such as footsteps and screams. These not only distract front the story overall, but the screams hurt my ears as they were sudden. The narrators voice is also an annoyance, as for some peculiar reason the publishers deemed it appropriate to have his voice echo as though he was in an empty rotund church.
Avoid all around.