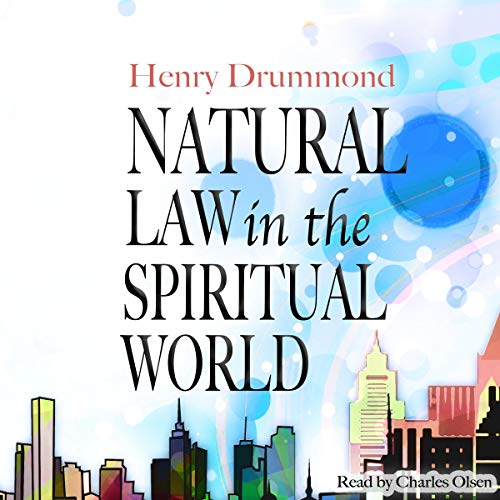 Natural Law in the Spiritual World

"This question, let it be carefully observed, applies to laws not to phenomena. That the Phenomena of the Spiritual World are in analogy with the Phenomena of the Natural World requires no restatement. Since Plato enunciated his doctrine of the Cave or of the twice-divided line; since Christ spake in parables; since Plotinus wrote of the world as an image; since the mysticism of Swedenborg; since Bacon and Pascal; since "Sartor Resartus" and "In Memoriam," it has been all but a commonplace with thinkers that "the invisible things of God from the creation of the world are clearly seen, being understood by the things that are made."

Natural Law in the Spiritual World

What listeners say about Natural Law in the Spiritual World