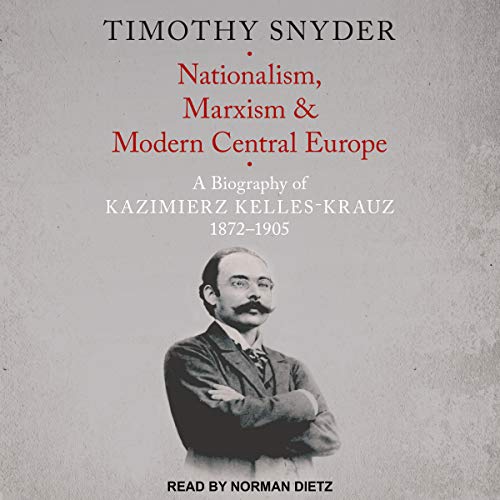 Timothy Snyder opens a new path in the understanding of modern nationalism and 20th-century socialism by presenting the often overlooked life of Kazimierz Kelles-Krauz, an important Polish thinker at the beginning of the 20th century. During his brief life in Poland, Paris, and Vienna, Kelles-Krauz influenced or infuriated most of the leaders of the various socialist movements of Central Europe and France. His central ideas ultimately were not accepted by the socialist mainstream at the time of his death. However, a century later, we see that they anticipated late 20th-century understanding on the importance of nationalism as a social force and the parameters of socialism in political theory and praxis. Kelles-Krauz was one of the only theoreticians of his age to advocate Jewish national rights as being equivalent to, for example, Polish national rights, and he correctly saw the struggle for national sovereignty as being central to future events in Europe. This was the first major monograph in English devoted to Kelles-Krauz.

What listeners say about Nationalism, Marxism, and Modern Central Europe

Not interesting and didnt like the narrators voice. it makes sense why the guy was forgotten in history.