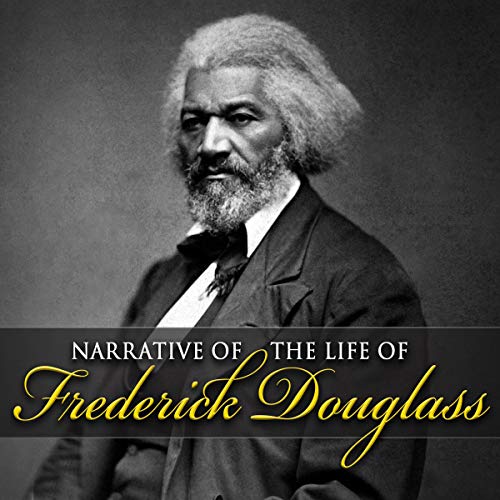 Narrative of the Life of Frederick Douglass

Narrative of the Life of Frederick Douglass

This memoir written by writer, orator, and former slave Frederick Douglass describes, in gripping detail, the circumstances of his upbringing, his brutal treatment at the hands of slave-owners, and his narrow escape from Maryland to freedom. Written in 1845, this narrative is one of the most famous works of American literature and provided fuel for the abolitionist movement that began in the early 19th century.

What listeners say about Narrative of the Life of Frederick Douglass

Middle- and high schools throughout the nation should teach this book. And for adults like me who didn't know Douglass wrote an autobiography, this is a vivid, eye-opening testimony of the perverse, inhumane institution of American slavery. Narrator Bill Andrew Quinn gives a spot-on performance of this book, perfect for the 19th century writing style. If you don't know this bit of history about the childhood slavery of one of America's most famous abolitionists, you should listen to this.

great story telling. so many untold stories by so many others who broke free and those who did not.

A clear and humbling read

As I watch the news of the Black Lives Matter demonstrations following the terrible death of George Floyd, and see the slave trader statue pulled down in Bristol, I am ashamed to say I don’t really know he history of the Slave Trade, I have never been clear on which history books would give the best record of his dreadful time. Frederick Douglas was a slave in America from birth. His book is clear and almost matter of fact, it’s not angry, and ranting it’s a beautifully written personal history of one man’s life. I was the angry one in parts, but will read it again and again to ensure I get the full understanding of the various situations he lived through. I can’t recommend it enough. Thank you Audible.

The narrator has a really captivating and engaging voice! I am reading it for a university course and it's a great audiobook to listen to for this purposes.