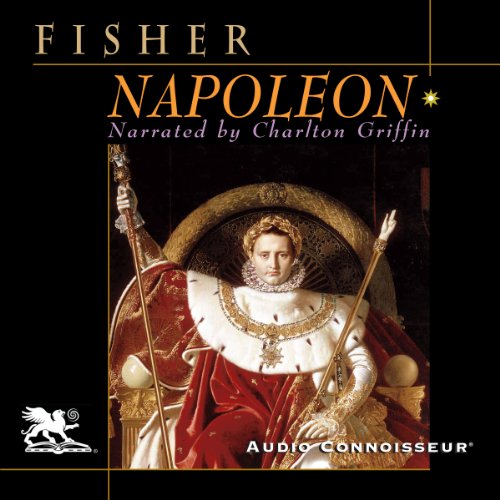 Between 1796 and 1815, the continent of Europe was held in thrall by one of the most remarkable personalities of modern times, a man whose name was on the lips of every man, woman, and child: Napoleon Bonaparte. Certainly, one would have to go back to the time of Charlemagne to find his equal on the field of battle, in the halls of diplomacy, or in the courts of jurisprudence.

Napoleon not only remade France, he remade it to suit his own personal preferences. Although not himself a revolutionary, Napoleon was nevertheless determined to wipe away the stultifying remnants of the ancient regime once and for all and to replace it with a society firmly grounded on republican principles...at least outwardly. The fact of the matter was, Napoleon played the role of a tyrant. And although he spoke on behalf of the common man, his ultimate bequest to the people of France was a prolonged war stretching from the Iberian peninsula to the streets of Moscow, from the farmland of Holland to the Nile River, and leaving behind the greatest carnage ever known up to that time. His wars were terrifying. And yet, we are still fascinated to this day by the incredible energy, resourcefulness, and sheer brilliance of his military strategy.

With precision and panache, H. A. L. Fisher has written the definitive short biography of Napoleon, a book still treasured by historians and scholars to this day, and a work that still holds a prominent place in any bibliography of the Corsican. Written only 97 years after Waterloo, this classic biography remains the best of its type: a succinct, concise portrait of an egotistical genius whose powerful will directed the course of world events for an entire generation. Even to this day, the name Napoleon still gives rise to conflicting emotions.

What listeners say about Napoleon

I was attracted to this biography because I like the narrator and because this was a short work, not because I like Napoleon. Napoleon is important in our history, however, and it seemed imperative to me that I should know a little more about him than what I learned in college history. But this is NOT a comprehensive history that hangs on every last event in Napoleon's life. It is a very broad overview of his career and the times in which he lived. The nittty gritty details of battles and strategy are not here. Which was okay with me. I discovered that the book was written around 1900 and that it is highly regarded among historians. That said, you have to pay attention. This is NOT one of those recordings to while away a dreary afternoon with. As a means of getting a really good grasp of the meaning of Napoleon and his impact on European and world history, it is great. If you're looking for military history and strategy, you'll probably want something in depth. The book has a style that may render it unpalatable to some people, so you'd better listen carefully to the sample before you bite. For my money it was worth it.

If you are looking for a concise biography of Napleon, this is a great choice. This work is fairly short, but extremely pithy. It was written just prior to WW I, so you may not like the writing style, though I rather like Victorian writers myself. The generous sample clip will give you a good idea of the work. Griffen does a wonderful job of bringing this work to life with his professorial narration. History buffs will love this.

Contrary to the views of some other reviewers, I find this biography well balanced. It is written, as may be expected with a biography, primarily from the perspective of Napoleon. It lists his thoughts and emotions, his motives. Yet, it time and again implies what it was that his enemies could hate in him with a passion. He was not exactly a man of morals, nor of loyalty. He was a great leader in a very calculating way, which sometimes led him to decisions touching of madness with huge personal costs to others. I therefore think, this biography is exactly what it should be. Napoleon did bring order into the government of several countries, he did fight and win, and he did so often. He also sought his advantage, with relish and constancy. If therefore, you do not know him in much detail, this is not a bad place to start, I think.

What made the experience of listening to Napoleon the most enjoyable?

The book is very good and the reading enjoyable in general. I just regret the made up French pronunciation of names and places.

do not waste your time with this book. You learn nothing about the man, and the author gives no references to many of the historical figures in the book. You simply have to know who was who in 18th century France. Additionally, the echo on the quotations is almost hilarious.

I don't think anyone will like this it is just bad.

Have you listened to any of Charlton Griffin’s other performances before? How does this one compare?

Amazing - performance not in question the material is rubbish not the performance or production. Which is shame as most of Charlton Griffin's work is brilliant both in content and performance. Please look up his others work do not let this one bad egg put you off.

Disappointing waste of a credit. This book is not up to Audible standards. It should be dropped as it is confusing and skips over so much about Napoleon. I am not the only one who found it very disappointing. To have this on an obscure book shelf is one thing but on Audible and produced in such a fine manner is just a shame as the content ruins the experience. Can't win them all but this is the first book in all my time with Audible that has made me disappointed as generally Audible only support THE BEST. I think the production sold it to Audible not the content and should be reviewed for removal before others waste credits.

I am rather annoyed that Audible are even charging for this book - I should have believed the reviews I suppose but I figured "How bad could it be?". It's terrible at two levels. Firstly it is a very dated "Boy's Own" style adventure (published in 1913) story that somehow still fails to leave out out all the excitement and detail as it skips over the surface of fascinating events. If I were reading this I would at least be able to be able to adapt to the style and skip through the book, but obviously this is not possible with an audio book which brings me to the second problem. The production is laughably silly with an American pretending to be English (the worst of both worlds, one or the other is fine), it's like visiting the local theatre to hear the local amateur actors mangle a play. There is even even an echo on the quotations presumably to to add "drama" for goodness sakes! It sounds as if this was adapted in the early days of audio books (1950's?) but it seems to have been published in 2004 so I'm not sure. I think the only reason this book was published was that it was out of copyright and was a good money spinner.

Audible does not have a single decent biography of Napoleon which I find amazing.

Would you ever listen to anything by H.A.L. Fisher again?

Hopelessly old fashioned and dated performance and production. Does not rescue a bad book. His accent odd - I think he is American but appears to be pretending to be English.

Annoyance that one of my first Audible purchases was such a waste of money. Audible should not even be charging for this in my opinion.

Why no single decent bio of Napoleon on your site?

A frustrating book, poorly written (incredibly convoluted text, with awkward passive voice and double negatives used *together* a common device) and which misses the point of almost every chapter.

Virtually no discussion of Napoleon's background (the political & historical situation in 18th century Corsica is assumed!) and family.

Most of the discussion is about the brilliant geographic machinations of the military campaigns... but sadly, an audiobook makes maps a _bit_ obscure.

The politics of the court and secondary French revolutions is very poorly described, with reference to many incidents which aren't actually recounted.

I gave up after ~40%. Luckily, there are other Napoleon biographies, even here at Audible.

I liked hearing and learning more about Napoleon but this book just didn't do it for me.

Unfortunately, this added nothing new to my knowledge on Bonaparte, and it runs in the usual mill of the English speaking worldview upon him. I would say give this title a pass. Try reading the book by Gallo on Bonaparte instead.

It was a 'quite good' book. The narration was good. Perhaps a little fast at times.
The problem I had from the book was, it was sometimes difficult to follow and I really wanted to hear more detail about some of the events especially The battle of Trafalgar.

Other than that I learned a lot about Napoleon.

A reasonable introduction but quite violently anti Napoleon and containing inaccuracies that a more recent book would correct.

Didn't get on with it

I found this a very dry account of an interesting character, time, and place. I suppose impartial accounts of Napoleon's life and legacy will be few and far between. This one definitely evaluates him from a very British perspective. Quite focussed on the details of military engagement rather than painting a wider political picture or opening up the man's character. It wasn't for me.