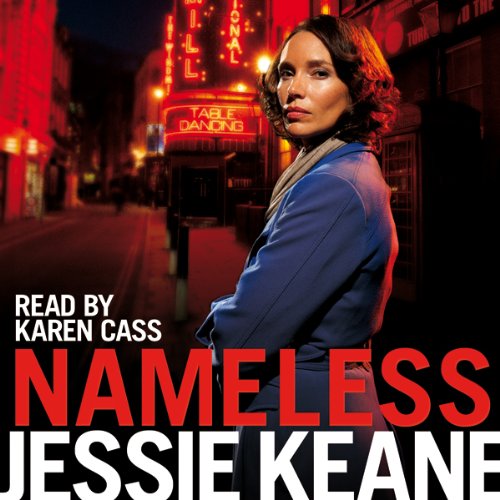 They took her children away, and she will fight to the end to get them back . . . In 1941, mixed race Ruby Darke is born into a family that seem to hate her, but why?

While her two brothers dive into a life of gangland violence, Ruby has to work in their family store. As she blossoms into a beautiful young woman she crosses paths with aristocrat Cornelius Bray, a chance meeting that will change her life forever. When she finds herself pregnant, and then has twins, she is forced to give her children away. At that point she vows never to trust another man again.

As the years pass, Ruby never forgets her babies, and as the family store turns into a retail empire, Ruby wants her children back. But secrets were whispered and bargains made, and if Ruby wants to stay alive she needs to forget the past, or the past will come back and kill her.

"This is a fast-moving story full of drama with a lot of twists and turns. If you like Martina Cole, you'll love Jessie Keane" ( Bella)
"This book combines tales of gangster underworld with history, romance and a little bit of mystery too" ( Woman)

What listeners say about Nameless

I had been eagerly awaiting Jessie keane's books to make it to audio!

Its a great listen if you enjoy martina cole, june hampson, and kimberley chambers style books.

Easy listen, characters develop over time so you don't connect right away but it builds easy enough.

Another Great book by Jessie Keane. Same kind of book as the Annie Carter series but different story and plots. And I can’t wait to get stuck into Lawless ( book 2 ~ Ruby Darke ). Highly recommended

Took a while, overall the book was good. Also, took ages to get into due to Karen Cass. Annie Adlington would have suited telling this story. In chapter 72 there is a big mistake, the year is 1968 and they are taking about wine being 95p a bottle.... decimalisation did not come in till 1971.

loved this book. lots of twists and turns.Cant wait to start on a next one!

A must heard book

Thoroughly enjoyed listening to this. I couldn't wait to hear the next chapter. Excellent story!

I’ve listened to a previous Jesse Keane story and enjoy her style. She creates very real characters within a pacy storyline. This book follows that trend. The central female lead, Ruby, is a strong and empathetic character, who fights to find her place in the world. Events overtake her in her earlier life but she evolves into an assertive woman who controls her own destiny, albeit at personal costs. The story moves along at a good pace, maintaining the listener’s involvement. Karen Cass is to be praised for her role in driving this, with great delineation between characters. Your emotions vary throughout the book, rising and falling with events. I can’t wait to start the next book in this series.

I thoroughly enjoyed this book. a little repetition of info which I found unnecessary but had me wanting to keep reading.