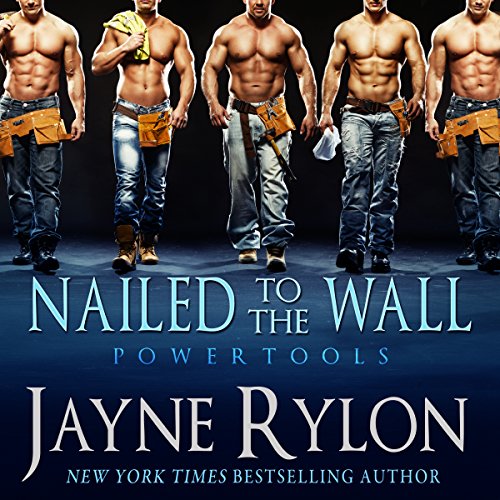 Nailed to the Wall

The crew is back and they're dirtier than ever.

Five sexy men with a penchant for love and lust in any variation have formed a crew. They work hard and play harder - together. Though their partnership began in construction, renovating houses and selling them for a mint, they've formed a bond around their shared goal to provide women, and each other, with the ultimate sexual experience.

Over the past year, as each member discovered his soul mate - or two - they expanded the reach of their circle, lighting up their nights along with their souls. Monogamous relationships and the desire to start families threaten to put their libertine revelry on the back burner. Will the passion that bonded them fade away? How will the new crew wives cope with the complex relationship the men will always cherish and crave?

Warning: By Book Five in this series, fans will attest that anything goes in the crew. Be prepared for menage in every flavor - along with a slew of "that's what he said" jokes. No throwing tomatoes at the author, please!

What listeners say about Nailed to the Wall

I've enjoyed reading and listening to all the other Powertools books and this one did not disappoint. The sex gets even hotter in this book and the relationships get even stronger cementing the bonds between the crew and the ladies. The book ends on a sort of cliffhanger for one of the couples which continues in book 6 Hammer it Home. Be ready to laugh, get turned on and have some tissues handy for the emotional parts of the story they will leave you teary eyed.

This book has a different narrator from the original 4 Powertools books. The narrator Gregory Salinas does a wonderful job. His voices for the ladies were (ok i'm gonna say it cute!) which had me laughing every time someone made a "that's what he said" joke. His voices for the crew were amazing and damn sexy. My favorite character voices were Devon and Dave. Devon had a cute voice that you would expect the smallest and youngest woman of the crew to have and Dave's voice was sooo.... yum exactly perfect for the biggest and gentlest guy of the bunch.

Jayne does a wonderful job with this series. You start reading the books for the sex but you keep reading for the characters to see how they grow and become a family. The story keeps you wanting more and have you rooting for the crew and their lovely ladies.

As posted on The Smutty Kitty reviewed by KittyKelly

The Powertools Series was the first thing I read from Jayne Rylon way back when I started reading again. What a way to dive into the dirty book arena! This series is full of every kind of position and combination you can imagine! As always Gregory Salinas is wonderful to listen to. We are entering the colder months here in the US and his voice added to Jayne's words will definitely heat you up! Now that all the couples are together we get to see how their relationships are progressing. To get a real feel for everyone you really need to read the first four in the series. Sadly the first four aren't narrated by Greg but they are available in audio if you prefer to listen rather than read. The ladies lead the pack in this book starting with a sexy boudoir photo shoot for their men full of that's what he/she said jokes. And then the sexin starts. There are lots of sex scenes in this one. We've already read about all the relationships so now it's time for the crew to work on the group dynamics. I love series books and it's always hard for me to let go of the characters once they've found their match (or matches in some cases) so this was a great chance to visit the crew again. I can't wait to listen to the next in the series and wrap up an emotional chapter in the crews lives.

This book is so good that it will drive you crazy. you will immediately go to the next one. I am an avid reader of Jaynes books. So enjoy, I did

good addition to the series

wish it had the same narrator in the series but over all still a good read.

Really enjoyed it. It's one I re-listen to often.

Really enjoyed it. It's one I re-listen to often. And I love anything Gregory Salinas narrates!

I really enjoyed this book, but it has been some time since I read the first 4 in the series. This made it tricky trying to remember who is with who. The book starts off with a hot group scene that involves all 9, whoa, that is a lot of smexy to keep track of! A couple names a similar and I was a little confused who was supposed to be with whom.

The story, there was a little here and there, progresses the group from being couples to a great big smexy pile of all in hotness. Oh lordy!! Expect lots of smexy sexing in this book!! Like 80%...maybe more. Uber hot for such a short read!! Have an ice bucket, cold shower and fire brigade on stand-by!!

I listened to the audiobook narrated by Gregory Salinas, who doubles the hot factor!! The man has a delicious voice and when he says all those naughty things...oh girl!! He brings all the deep rich sexiness out in his voice for the men and keeps the women more neutral. Great pace the whole time. He does hit the "T"s a little hard, but that is me getting picky.

I am not sure I can survive all the hotness of the next book! But I am willing to try, where is that number for the fire department again?

Since I enjoyed Powertools, which was sexy & fun but not very realistic, I tried the 5th book in this series. While Jayne Rylon is an incredibly gifted writer, I was disappointed with Nailed to the Wall.

The storyline about 5 hunky construction workers and the 4 women in their lives just got too strange for my tastes. Now, in addition to the men having sex with each other and their wife or girlfriend, the women are doing the same. All sex - all the time.

Although this group considers themselves "family" and while 2 of the married couples are trying to have children, most of their interactions (and this book) is centered around group sex. When the plot became too unbelievable for words, the entertainment value was gone for me.