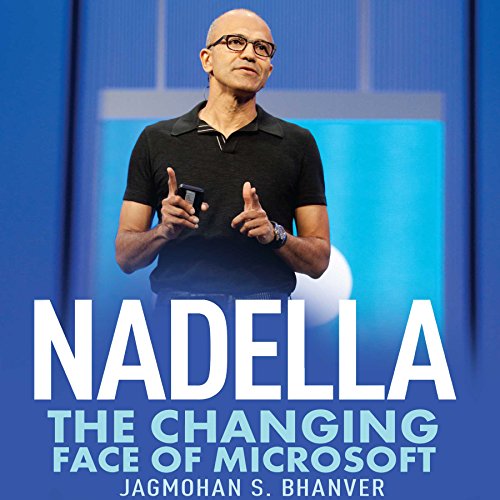 An insightful account of Satya Nadella - the man and the professional - and what his appointment as the third CEO of Microsoft means for the future of the tech industry.

The appointment of Satya Nadella, the man from Hyderabad, as CEO of Microsoft Corp. has sent waves of curiosity, speculation and expectation through the tech world at home and abroad. What drives the man chosen to lead tech giant Microsoft into the future? What does Nadella's appointment in particular herald for Microsoft and indeed for the tech industry as a whole? Will Satya Nadella be able to reinvent and re-imagine the company that once captured the imagination of every techie and customer in the world? Addressing these questions through reportage and incisive analysis, Nadella: The Changing Face of Microsoft provides a comprehensive look at:

Engaging and informative, this account of the most-watched man of the moment in the IT business arena and the company he leads will enlighten as much as it will inspire.
©2014 Jagmohan S. Bhanver (P)2017 Audible, Inc.

What listeners say about Nadella