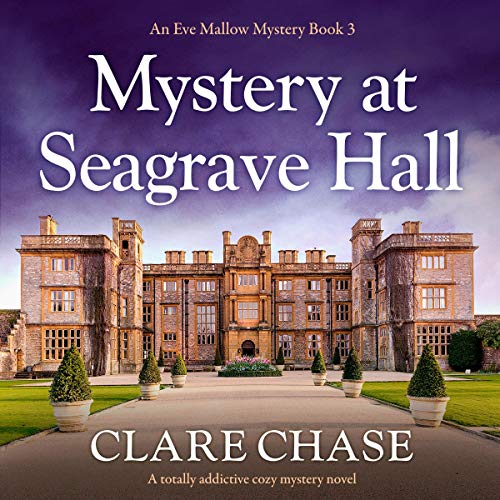 It’s Eve Mallow’s first visit to the local village fair. But amid the booths, stalls, tables, and tents lurks something darker.... A mysterious fall means a new case for amateur detective Eve!

The charity fair at Seagrave Hall is a key date in the Saxford St. Peter calendar - a chance for the villagers to nose around the house and grounds and cross paths with the rich and famous.

New resident Eve Mallow is particularly excited by this year’s special guest: the explorer Verity Nye, who is engaged to the heir to the Hall. Eve loves Verity’s determination, and she can’t wait to meet her.

But when they talk, Verity hints that she has something troubling on her mind. So after the festive mood is tragically interrupted by Verity’s fall from a third-floor window, Eve can’t be sure that it’s an appalling accident. Especially when one small boy claims he saw someone behind her....

Soon, Eve finds herself tasked with writing Verity’s obituary. As she dusts off her notebook and begins her interviews alongside her trusted dachshund sidekick, Gus, she realizes she has a fine array of suspects before her. Could it be a corrupt charity manager, the distraught fiancé, or jealous cousin Cora? And can Eve find out before her questions cause the killer to turn on her?

What listeners say about Mystery at Seagrave Hall

it gets better and better

I really enjoyed the 3rd book in the series, with more complicated webs of mystery. While the murderer and motive seems quite obvious, the author still managed to continue the mystery and cast doubts on all the suspects. Looking forward to book 4.

A lighthearted who done it

Eve Mallow investigates another murder in Saxford St Peter, this time at Seagrave Hall. She is, as always one step ahead of the local police and despite all the red herrings works out the sad reason behind the death. A lighthearted who done it.