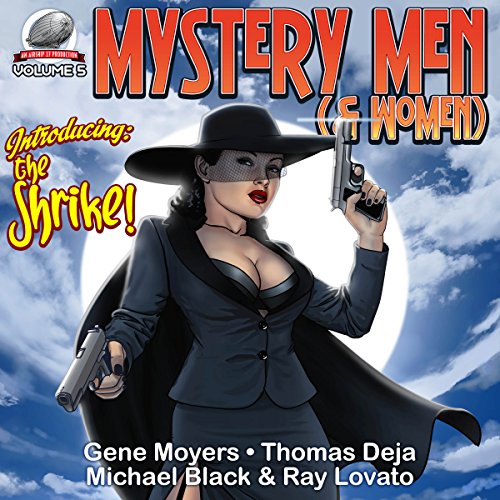 The Shrike - in “Not That Kind of Girl” by Gene Moyers. A mysterious female mastermind recruits her agents to combat the forces of evil in this, her first adventure novella.

The Nightbreaker - in “Lost in the Flood” by Thomas Deja. Straight out of the pages of the Shadow Legion series comes Nocturne city’s masked avenger as he takes on a villain capable of manipulating water.

Doc Atlas - in “The Death Ray” by Michael Black and Ray Lovato. Inspired by the heroes of old, Doc Atlas and his team must stop a criminal intent on destroying the Statue of Liberty with his deadly new weapon.

Relive the thrill of the pulps in these three outstanding fast-paced adventures brought to you by today’s stellar pulp writers.