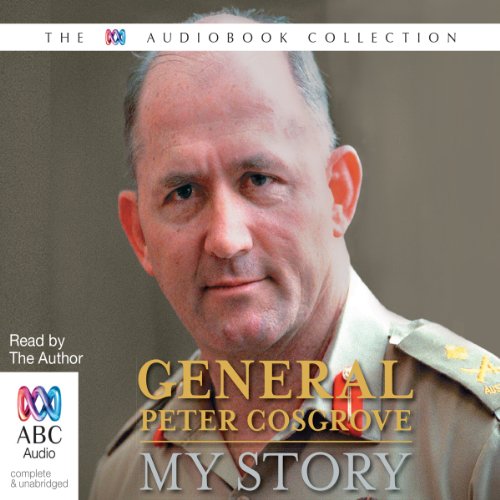 As the Commander of the International Forces in East Timor, General Peter Cosgrove became a household name for his reassuring presence and his genuine concern for both the people of East Timor and the troops under his command.

In his laconic, unassuming manner, General Peter Cosgrove recalls his early career days, including his harrowing tour of duty in Vietnam where he won the Military Cross, to his personal insights into major historical events such as 9/11, The Tampa Crisis and the liberation of East Timor.

Peter Cosgrove's story is a good narrative about what Australia was like 50 years ago. The story moves along quickly.