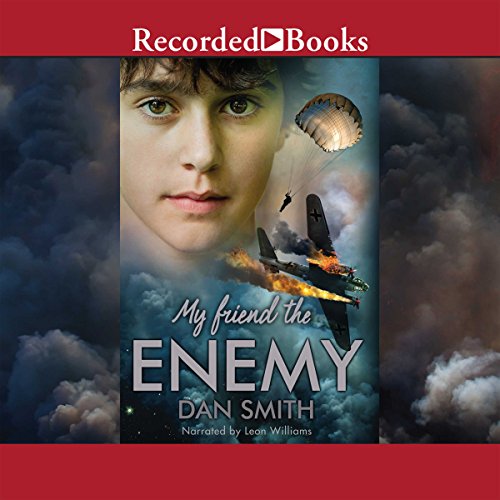 My Friend the Enemy

Peter feels compelled to help a wounded German pilot, but he doesn't want to be a traitor - especially not to his father, who is off fighting the Nazis. A moving story about the moral dilemmas of war.

Summer 1941: For Peter, the war is a long way away, being fought by his father and thousands of other British soldiers against the faceless threat of Nazism. But war comes frighteningly close to home one night when a German jet is shot down over the neighboring woods. With his feisty new friend Kim, Peter rushes to the crash site to see if there's anything he can salvage. What he finds instead is a German airman. The enemy. Seriously wounded and in need of aid... Continuing in the tradition of thought-provoking literature about the Second World War, Dan Smith's My Friend the Enemy is a thrilling adventure that also personalizes the moral dilemmas faced by the children left behind on the home front.

What listeners say about My Friend the Enemy

Very much enjoyed this book

What made the experience of listening to My Friend the Enemy the most enjoyable?

The story line was great. It wasn't a predictable ending. And I loved the narration as it really added to the story.

My favorite scene was the end of the story as it had a few twists.

This is a book that keep my interest. I was excited at every opportunity to listen.

So far, I have listened to 3 of Dan Smith's books, including, "The Child Thief," and "My Brothers Secret." I haven't been disappointed with any of them so far. Great job Dan.