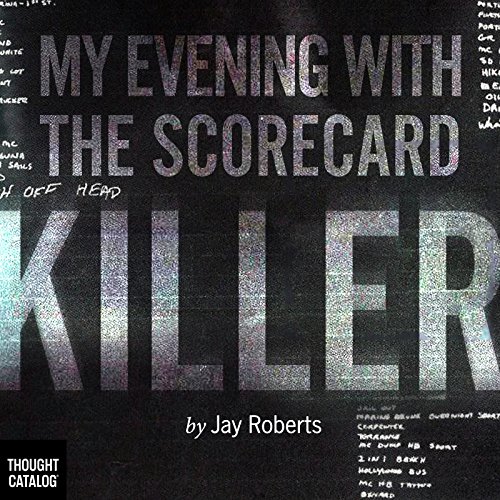 My Evening with the Scorecard Killer

My Evening with the Scorecard Killer

What begins as a chance encounter on a Southern California beach in the early 1980s between Jay Roberts, then a young Marine, and a charismatic traveler soon leads to a life-changing afternoon in a mysterious hotel room where a surprise homoerotic proposition makes apparent that things are not all that they seem - a fact then further complicated by Roberts' discovering, multiple decades later, that the man with whom he shared this strange and important afternoon so long ago was none other than one of the most prolific murderers in American history: the "Scorecard Killer," Randy Kraft. Forced to come to grips with his understanding of the past - and its implications for the present - Roberts deftly moves between "then" and "now," ignorance and understanding, in honest, confessional prose that places the reader front and center for a true story that, indeed, is far stranger than fiction. Obsessive in nature and elliptical in structure, Roberts' story ultimately inhabits the liminal space between truth and appearances, love and danger, the hunter and the hunted. One part Hannibal, two parts Catfish, My Evening with the Scorecard Killer is an explosive cocktail of secrecy, seduction, and serial killers that begs the question, "How well can we know anyone - even ourselves - really?"

He likes to make this encounter into a love affair with a serial killer when the only thing that kept him from becoming a victim was that he walked away. In an effort to work through the confusing feelings he's had as a result of the encounter, it makes sense that he does this, but it doesn't make it any less annoying.

I was able to play the book I bought once but after that read through it wouldn't let me start the book over. I feel like this was a complete waste of money.

The book was interesting and well written but I found several snippets of it online that may have been sufficient. Articles have been written on his story.

Would you be willing to try another one of Kevin T. Collins’s performances?

Yea, he was fine

I will never buy another audible.com thing again. I should have just paid more for the actual book. Stupid.
book was good though