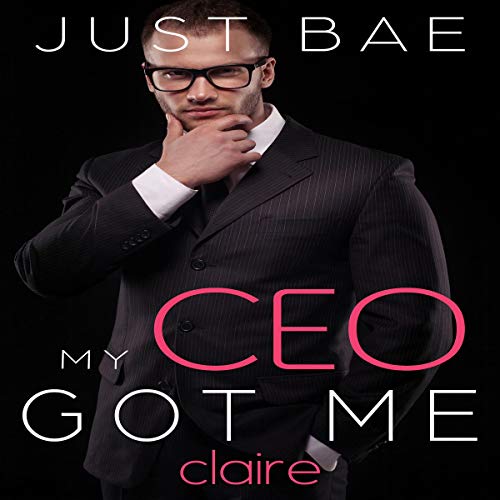 My CEO Got Me: Claire

A bachelor CEO, a pregnant personal assistant, and a baby that the father doesn't want...

Claire Lane had a plan: graduate from college, move out of her crazy churchgoing mother's house, become a lawyer, and get happily ever married. But fate doesn't always go in that direction.

Jackson Hayes, a billionaire CEO and managing partner for a law firm, had his eyes on his personal assistant Claire for years, but always kept his distance. Between his nasty divorce and long hours at the office, his days and nights were preoccupied even before they began.

Again, fate has a mysterious way of telling signs!

The day that Claire had no one to turn to after an abuse relationship and sudden pregnancy, Jackson Hayes stepped in and told her he'd take care of her. Their lives are now in motion and the office can become more than just office space. But there's one condition from the CEO: Claire's pregnancy has to reveal one person as the baby daddy.

What listeners say about My CEO Got Me: Claire

This story, in and of itself, would have been pretty good. However, the characters were way too extreme. It's as if the writer thought "What's the worst thing someone could say right here? Ah! I'll write that!"...as opposed to what an actual rude or mean person would say. It really took away from the story. Also, I'm not sure where the inspiration for these parents came from, but I've never met any churchgoers (clearly not Christians) who are this extreme...and I've seen my share of fanatics. Overall, the plost was good. The characters nearly ruined it. Audio performance was good, tooo.

I loved this story so much. I loved how kind her boss was to her and that he helped her so much when no one else would. I thought her mother was terrible but I'm glad her father finally apologized to her and tried to make things right. highly recommended.

Gifted audiobook for an honest review
Short and quick sweet HEA. I feel for as short as the novella was the story line wasn’t too rushed. The narrator did a great job. Only once did I have to go back to understand whom he was speaking about.
Overall I enjoyed this audiobook

I really enjoyed My CEO Got Me. The story reminded me of Cinderella with just the right amount of heat, humor and oh sweet revenge for those who mistreated Clair, the heroine. I laughed, I cried, I felt pleasantly, uh ... warm . This one will be re-listened to for sure!

I liked how this book wrapped up but I didn’t like the attach on religious people.

I liked the characters and would almost want it longer. Especially Jackson! Loved the narration!

I enjoyed this story and the narration. Both were great...but the narrator got the authors name wrong (unless everyone else did :) ). At least it was consistent lol still great.

Over all great story. Like the author on how he cab Write a whole story and have it around 1 hr long. Pace and development on par.