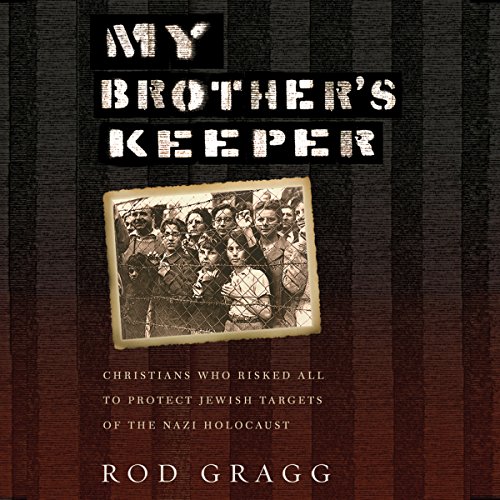 Thirty captivating profiles of Christians who risked everything to rescue their Jewish neighbors from Nazi terror during the Holocaust.

My Brother's Keeper unfolds powerful stories of Christians from across denominations who gave everything they had to save the Jewish people from the evils of the Holocaust. This unlikely group of believers, later honored by the nation of Israel as Righteous Among the Nations, included ordinary teenage girls, pastors, priests, a German army officer, a former Italian fascist, an international spy, and even a princess.

In one gripping profile after another, these extraordinary historical accounts offer stories of steadfast believers who together helped thousands of Jewish individuals and families to safety. Many of these everyday heroes perished alongside the very people they were trying to protect. There is no doubt that all of their stories showcase the best of humanity - even in the face of unthinkable evil.

"The Holocaust stands as history's central metaphor for evil. At a time when fear and divisiveness are resurging around the globe, we badly need this harrowing account of unsung heroes who risked all for the sake of good." (Philip Yancey, New York Times best-selling author)

What listeners say about My Brother's Keeper