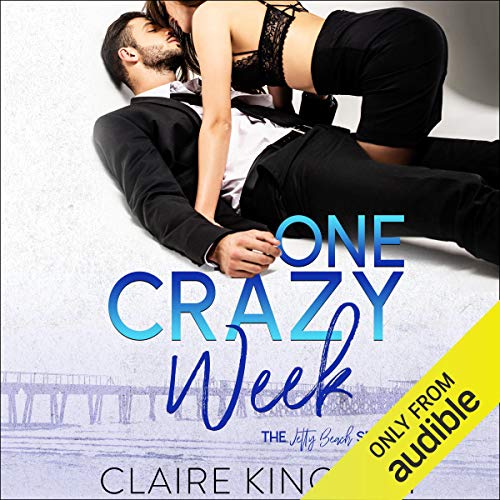 It’s not supposed to mean anything...until it does.

The hot guy in a suit sitting next to me at the bar? I don’t know who he is, but when he tries to pick me up, he seems surprised when I sass him and turn him down. Truth? He’s practically irresistible, and I almost say yes.

Turns out, he’s Jackson Bennett, a cocky billionaire with a playboy reputation. And he has a very interesting proposition for me.

He wants to whisk me away for a week. No strings. No expectations. Just a crazy, lust-filled week of luxury with the hottest man I’ve ever met.

We come from different worlds, and it isn’t supposed to mean anything. But the fire between us is scorching hot - in and out of the bedroom.

Our hearts are supposed to stay out of this, but apparently mine didn’t get the memo. And when things get complicated - really complicated - it puts both of our hearts on the line.


Melissa and Jackson are from different worlds. He's rich, she's a school teacher, he's used to getting everything he wants, she's used to working hard for what little she has. After meeting in a bar, she schools him on Scotch! They have chemistry, and he wants to spend the night with her, but when she says "No" he finds out she isn't like the usual women he's used to picking up. He lives the lifestyle of the rich and famous, and tweets about almost everything including the sassy girl he met at a bar. When Melissa sees his tweet, she can't resist creating her own tweeter account @sassygirl555, and replies to his tweets. Soon their tweets turn to texts, then to phone calls, and before long he's taking her for a week long adventure with the intention of sweeping her off her feet. His lifestyle overwhelms Melissa, and they have a few bumps during their escape, but he's patient, and it pays off with some steamy and sweet romance. But as the saying goes, "all good things must come to an end." When their week is over, neither was prepared for the emptiness they would feel going back to their own lives. Jackson being used to getting his way, doesn't want things to end, but he quickly learns some people can't be bought, and he will have to win Melissa's heart.

Overall, this was a cute fun story, and felt like a combination of Pretty Woman, and Cinderella. While it was more of a instant love story, their relationship was developed throughout the audio. This was another great KU/whispersync 💎! Looking forward to listening to the next book in the series. No Cliffhangers, and a HEA!

The female character fit in my nerves sadly early on.

He sweeps her away but she has an emotional fit about exactly that and everything he's offering while on trip- to the point of making him apologize for the suite?!? plus she didn't even call to find out why card was declined?!?
She was too dramatic and emotional for me.
That being said it was still a cute, albeit predictable story

This is such a sweet series. The way Jackson was introduced in the last book, I just assumed he was going to be a total jerk. When he met Melissa, I was conflicted. She is such a sweet character. I am so pleased with the way Claire brought them together.

This book didn’t quite have the same elements that the first book did. The male lead was rich and the typical playboy. Yawn. I liked the female lead, she was funny and charismatic. Performances were great but overall it lacked a certain chemistry

worth the time to listen

love it going to listen to more of her books . hoping there is a continuing book on there lives

Good Story with a ton of internal dialog

The premise was good but the constant inner dialog took it down a solid star for me. The heat between the two main characters was definitely there and the story itself was very entertaining.

This series is fun. I love the playboy billionaires getting with the girl next door type. A bit of insta love but that’s what usually happens with this type of hero- they fall fast and hard. Can’t wait to read who else in Jetty Beach is ready for love.

This book was fun and generally low angst. I enjoyed the characters and the world building. Melissa and Jackson were fun characters with great banter. I enjoyed getting more entrenched into the Jetty Beach world.

I thought the narrators did ok. BJ Pottsworth sounded a bit older that I would imagine Jackson being. And both did an ok job differentiating between voices but it wasn’t always clear who was speaking.

Creepy beginning and not for me

This was creepy beginning. The hero was a stalker and the heroine loved it! Awe not for me!

did not expect the plot twist near the end