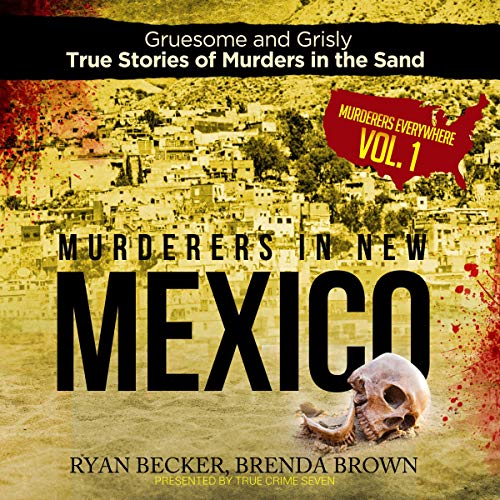 Ten sadistic killers. One state. Countless lives that will never be the same again.

To the outside world, New Mexico is the epitome of art, culture, and pristine, picturesque landscape. For those whom have had the misfortune of bearing witness to what lies below the surface, behind the facade of majestic mountains and miles of beloved desert land, life in New Mexico will forever be jaded by the memory of heinous acts perpetrated upon those they loved.

This often-fabled territory conjures up images of the Wild West, where the blood of ancestors is as commonplace as the cacti, but that dark history opened the floodgates to the worst of modern society.

Deep in the crevices of the land lay secrets - secrets that leave current residents and weary investigators flummoxed and hungry for the truth.

Caused by killers you will soon meet, which includes:

Listen to discover what secrets the soil holds. Find out who roams the land and just how far they were willing to go to put their depravity on display.

I loved the stories and it makes my day go by so fast while I listen.

I'm a big fan of this series and like learning about the lesser known cases from different states.