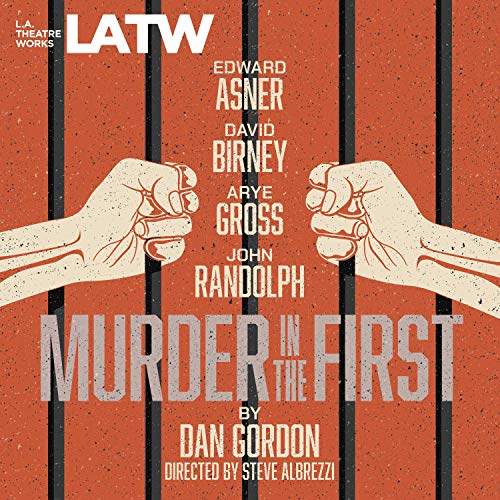 Murder in the First

This moving courtroom drama is based on a true incident that exposed the shocking conditions at Alcatraz. The tale begins when 18-year-old Willie Moore makes the biggest mistake of his life. Now, all he wants is a chance to talk baseball before he dies.

Recorded at the DoubleTree Guest Suites, Santa Monica, in 1995.

Ron Byron as The Bailiff and The Jailer

Cynthia Mace as Blanche and Irene

Gil Segel as Jerry Hoolihan, the Landlord, and Burt Russell

Bill Smitrovich as Derek Simpson, the Foreman, and Terrence Swenson

What listeners say about Murder in the First