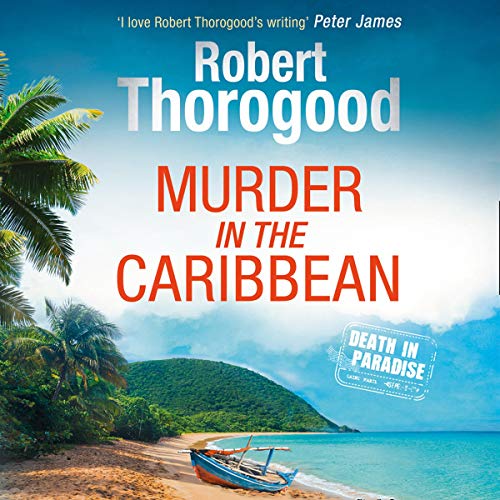 Murder in the Caribbean

Murder in the Caribbean

Death in Paradise is one of BBC One’s most popular series, which averages nine million viewers.

DI Richard Poole is hot, bothered and fed up. He’s stuck on the tropical island of Saint-Marie, forced to live in a rickety old shack on a beach, and there isn’t a decent cup of tea to be found anywhere.

When a boat explodes in the harbour, Richard and his team soon realise there’s a new murderer on the loose. But who is it? And why did the killer leave behind a ruby at the scene of the crime?

As the police dig deeper, they uncover secrets that go back decades and a crime from the past that can never be forgiven.

Worse still, they soon realise this is only the beginning. They’ve got to catch the killer before there's another death in paradise....

An original story from the creator and writer of the hit BBC One TV series Death in Paradise, featuring onscreen favourite detective DI Richard Poole.

I started listening to the ‘Death in Paradise’ books after being introduced to the characters in the tv show of the same name. I wasn’t totally enamoured with the plot lines of some of the previous books but this one was clever, realistic and despite the story line (multiple murders!), often amusing. I’m not sure that my review would have been the same if I had read the books first (as is my usual wont) but can say for definite that if I had read this book first, I would have been very interested in seeing the tv adaptation. I can’t say the same for some of the previous books.

I found this book slow going at the start, I couldn't really see where it was going. However, by a few chapters in I was hooked. A really nice easy read, and very well read

These books are how a story should be told. One minute I'm laughing out loud the next trying to unravel the crime. Can't wait for another!

Intriguing story yet not the best

I thoroughly enjoy these stories. I haven't even seen the TV Series so I don't have the characters blended. I only know them from the written word and I love them all.

That said, this tale was not as enjoyable as the previous ones. The Boss is still socially inept and typically, Englishly repressed, but perhaps it's Dwayne in love that throws this off!

It's still a 5* read (or maybe 4½), but I look forward to the next instalment - which I hope won't be too long in coming.

Not quite as good as previous books

Felt the performance was a bit lack lustre this time. Richard came across as just really quite condescending and patronising most of the time, which was annoying. It just 'lacked' which is a shame because I generally enjoy dip.