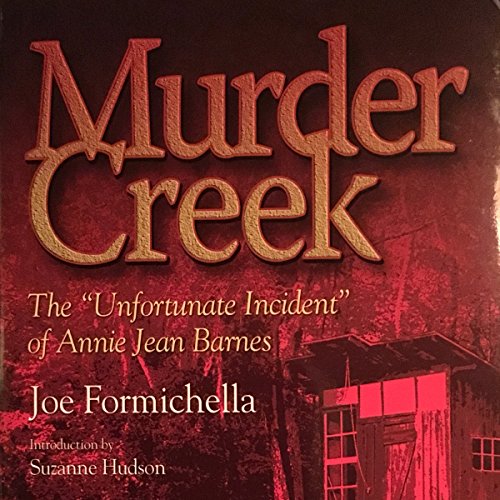 On a chilly evening in fall of 1966, Annie Jean Barnes left her home in East Brewton, Alabama, to spend time at a secluded fishing camp owned by a local doctor. Less than 48 hours later she was hospitalized - beaten and abused. Within a week, she was dead. And, it would seem, willfully forgotten by the citizens of Brewton - the more prosperous area on the west side of Murder Creek - who soon came to refer to the fate of Jean Barnes as an "unfortunate incident."

The 2003 publication of Suzanne Hudson's novel In a Temple of Trees raised the ghost of Annie Jean. Present at Hudson's premiere book signing in Brewton, Joe Formichella met Barnes' surviving children and became moved to tell the story in full. Who was culpable for their mother's death? The town physician who owned the camp? The authorities who mishandled the subsequent investigation? Had there been a cover-up? With so much evidence either contradictory or mysteriously missing, was there now any way to bring anyone to justice?

Formichella, in seeking those answers, found instead a larger question: what would justice mean for a community built as though it were a functioning social model for certain principles set down in the deeply flawed Alabama state constitution - a document penned in 1901 by wealthy land-owners and politicians, seeking to keep the riff-raff at bay? Systems of justice, in Alabama, and throughout America, should be designed to protect precisely those citizens too poor to wield any kind of influence. This is the story of a breakdown in that system, a clarion call for its correction, and a ray of hope for those who have waited too long for the answer to the simple question: who beat Annie Barnes?

What listeners say about Murder Creek