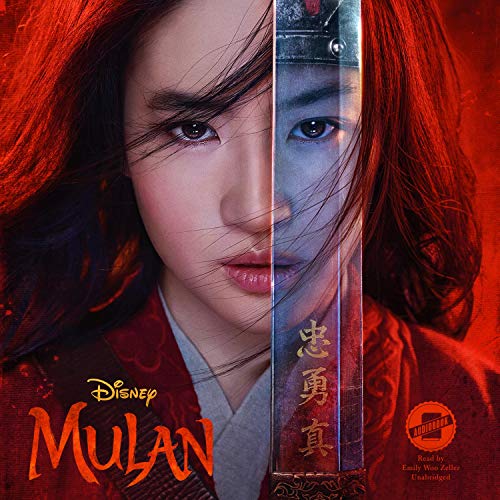 A thrilling novelization that takes listeners back inside the world of Walt Disney Studios’ live action Mulan film to relive the adventures with their favorite characters, old and new.

Curious and drawn to adventure, Mulan struggles to meet her village’s traditional standards. After a disastrous visit with the matchmaker, Mulan worries she will never be able to bring her family the honor they deserve.

But when the emperor decrees that one man from every family must join the army to face a dangerous threat to China, Mulan decides to disguise herself as a man and take her father’s place. Now Mulan must hide her secret as she trains alongside her fellow soldiers. With the enemy drawing nearer, will Mulan become the hero China needs?