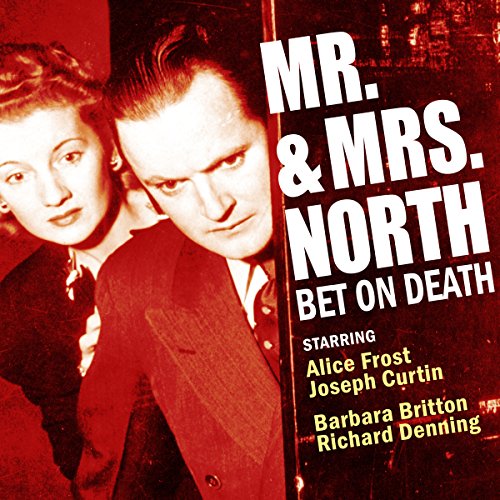 Join radio's most popular crime-solving couple, Mr. & Mrs. North, in 12 episodes of mayhem and murder - with a light touch. The Norths aren't your standard detectives: husband Jerry is a book publisher by day, and wife Pam is his stay-at-home better half and most often the catalyst for their exploits when death falls in their laps!

Starring as Mr. & Mrs. North in these shows are Alice Frost and Joseph Curtin, who originated the roles on radio, and Barbara Britton and Richard Denning, who later took the roles to the television series of the same name.

This collection contains digitally remastered and restored episodes from the surviving Armed Forces Radio Services broadcast transcriptions which aired in the early to middle 1950s.

What listeners say about Mr. and Mrs. North: Bet on Death