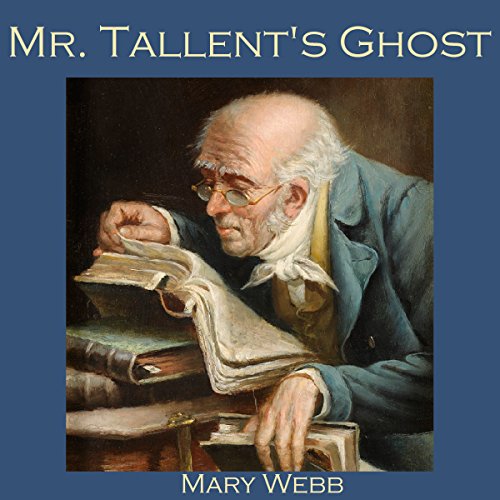 Mary Webb (1881-1927) was an English Romantic novelist, short story writer and poet whose work is set chiefly in Shropshire.

'Mr. Tallent's Ghost' is an amusing tale about an eccentric writer who likes to read his appalling and tedious novels aloud to his relatives...or indeed anyone who will listen. He persuades a lawyer to draw up a will devoting his entire fortune to funding the publication of his writing. Shortly after this, news of Mr. Tallent's death arrives.

The disinherited relations dispute the will vigorously, and soon after this, the ghost of Mr. Tallent begins to haunt the relatives and the executor. Worse still, the ghost is reading his dreadful novels to them aloud. One by one the relatives are consigned to mental institutions. The lawyer, who is also Mr. Tallent's executor, holds out longest...and then he makes an extraordinary discovery.