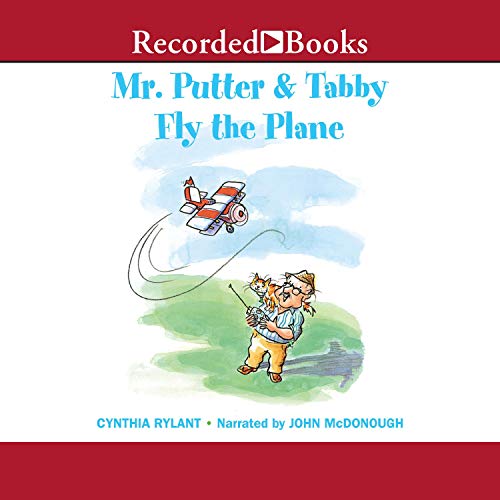 Ever since he was a boy, Mr. Putter has always loved planes. And he still loves playing with toys - even though he is pretty old. While visiting the toy store with his fine cat, Tabby, he decides to buy a brand new, red and white, remote-controlled biplane!

Remembering when he was young, how he stayed awake at night wishing for such a toy, Mr. Putter thinks about the boy he met earlier that day. The boy was a little shy, clumsy and forgetful - just like Mr. Putter was when he was that age! Being the great guy he is, Mr. Putter does something very special for the boy.

Newbery Award-winning author, Cynthia Rylant has numerous children's books to her credit, including the Henry and Mudge series and the Mr. Putter and Tabby series. John McDonough's thoughtful narration makes listening to the entire series a true delight.

What listeners say about Mr. Putter and Tabby Fly the Plane