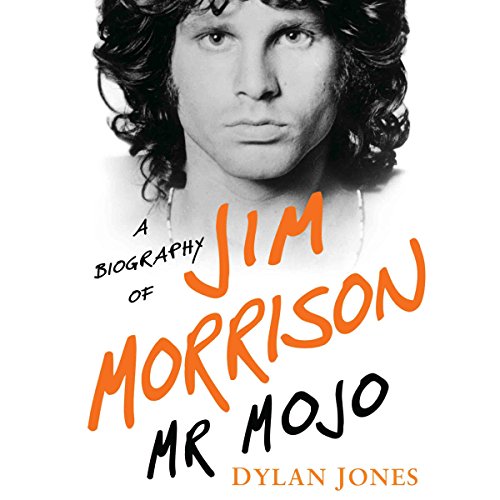 In Paris' Pre-Lachaise cemetery, Jim Morrison's graffiti-scrawled tombstone is a place of pilgrimage for local devotees, adolescent hedonists, and wayward backpackers alike. Found dead in his bathtub aged only 27, having achieved worldwide stardom as lead singer of The Doors, Morrison was quickly immortalized among the rock and roll deities such as Hendrix and Joplin. In death, however, this debauched "rock poet" remained more stubbornly enigmatic than ever.

Who was the real Jim Morrison? Nihilist, egoist, shaman: He was a master of self-creation. A mosaic mythology of new-age hippy rhetoric, French poetry and Nietszchean symbolism obscured a man trapped by the mythology that he had so carefully constructed around himself.

In this colorful and intimate biography, Dylan Jones strips bare the skin-tight leather suit of Jim Morrison's Lizard King persona and offers a frank and honest appraisal of a much beloved and often-romanticized countercultural icon. Mr. Mojo is littered with little-known anecdotes from fellow stars, spurned lovers, and industry moguls. It is a refreshingly honest portrait of a self-indulgent artist with a penchant for pageantry and public self-destruction.

Well written, compiled a lot of other biographies into one and lands somewhere in the middle with the truth. Great to listen to, narrator sounds like Patrick Stewart, I loved it

Although the narrator has a nice voice, I didn’t feel it was appropriate for this book. He seemed to be an older English man. I would have preferred a younger California style author. It almost seemed like the older generation in the 60s who disliked the doors reading in disgust. His Jim Morrison impression sounded like Ronald Reagan.

Narrator is the worse I’ve ever heard

The narrator tries to impersonate Jim and it makes me want to puke. I’m glad I returned it. And I’ve read every book on the doors. This book sucks so bad it’s like he just took parts from other books. And his main source dogs jim when ever he’s quoted. Sucks sucks sucks give my credit back

Book was good but the silly accents

The story was not new and the end is the same as life but the book was destroyed by the narrators child like stereotypical accents. Why it was done this way I don't know just silly and it spoiled the book.. I almost gave up at the start due to the accents and I now feel I should have refunded this. Feel sorry for the author.. Avoid.com

Beautifully crafted story. Not sure about the voice imitations but all the same very enjoyable and a luxury to have more Doors material in this day and age.