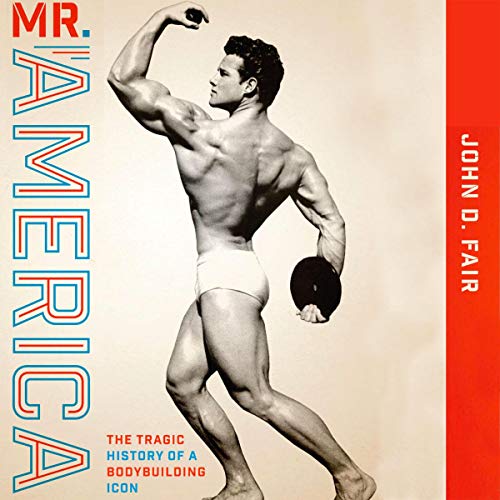 Mr. America: The Tragic History of a Bodybuilding Icon

For most of the 20th century, the “Mr. America” image epitomized muscular manhood. From humble beginnings in 1939 at a small gym in Schenectady, New York, the Mr. America Contest became the world’s premier bodybuilding event over the next 30 years. Rooted in ancient Greek virtues of health, fitness, beauty, and athleticism, it showcased some of the finest specimens of American masculinity. Interviewing nearly one hundred major figures in the physical culture movement (including 25 Mr. Americas) and incorporating copious printed and manuscript sources, John D. Fair has created the definitive study of this iconic phenomenon.

Revealing the ways in which the contest provided a model of functional and fit manhood, Mr. America captures the event’s path to idealism and its slow descent into obscurity. As the 1960s marked a turbulent transition in American society - from the civil rights movement to the rise of feminism and increasing acceptance of homosexuality - Mr. America changed as well. Exploring the influence of other bodily displays, such as the Mr. Universe and Mr. Olympia contests and the Miss America Pageant, Fair focuses on commercialism, size obsession, and drugs that corrupted the competition’s original intent. Accessible and engaging, Mr. America is a compelling portrayal of the glory days of American muscle.

“Deftly written and superbly researched..will remain one of the best sources for both the story of American bodybuilding and the “tragic history” of its most famous contest.” (Journal of Sport History)

“Has the potential to be a paradigm-changer...bound to become the new text of record on its subject.” (Charles Kupfer, Penn State Harrisburg)

What listeners say about Mr. America: The Tragic History of a Bodybuilding Icon