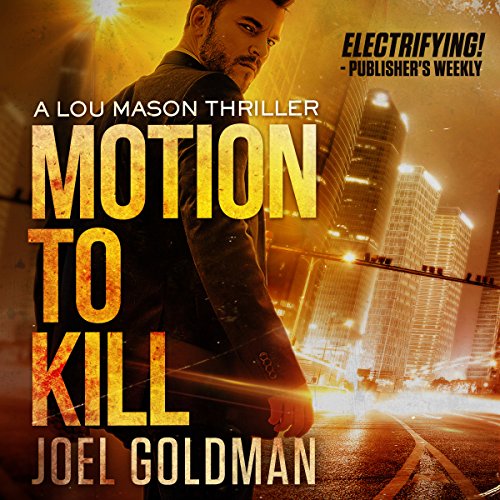 The Kansas City law firm, Sullivan & Christenson, where Lou Mason has worked for the past three months specializes in protecting clients from certain taxes by merging and acquiring their assets. When Mason discovers that Sullivan's moral compass is a little off, he begins to re-think working for the firm. He tells himself he'll think it over at the upcoming firm retreat. While at the retreat, Sheriff Kelly Holt interrupts his poolside siesta to tell him his partner is dead.

The death of his partner sets off an avalanche of events that culminate in Mason being framed for a series of crimes he didn't commit. To save himself, Mason uncovers high-level corruption, takes on organized crime, and is targeted for murder. Follow Mason as he fights to stay alive.

What listeners say about Motion to Kill

What's up with the audio?

I borrowed the book and bought the audio so hat I could read and listen. Let's just say that didn't happen. I am use to maybe a word or two being different but that is the narrator. But this, there were whole parts that were on audio that weren't even in the book. I returned the audio and would have been upset if I had paid for the book. The narrator did a great job, however it is as if there are two different books out there.