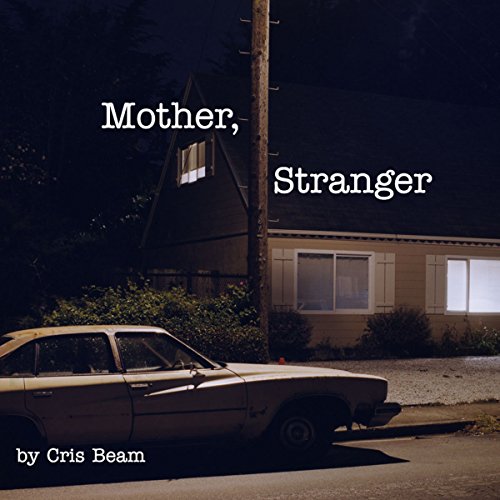 Author Cris Beam left her mother's home at age 14, driven out by a suburban household of hidden chaos and mental illness. Her mother, a descendant of William Faulkner, told neighbors and family that her daughter had died. The two never saw each other again. Nearly twenty-five years later, after building her own family and happy home life, a lawyer called to say her mother was dead. In this story about the fragility of memory and the complexity of family, Beam decides to look back at her own dark history, and for the secret to her mother's madness.

Cris Beam is an author and professor in New York City. She is the author of the young adult novel I Am J, as well as Transparent, a nonfiction book that covers seven years in the lives of four transgender teenagers, which won the Lambda Literary Award for best transgender book in 2008 and was a Stonewall Honor book. She is currently at work on a book about the foster-care system.

"I was drawn into this compelling book fast and deep. It's full of Beam's usual vitality, and yet almost unbelievably sad. In her first book, in one unsettling paragraph, Cris Beam contemplates how being abandoned by her mother shaped her relationship with the transgirl she fostered. I've never known the rest of the backstory, and now that I do, it's a stake to the heart." (Andrew Solomon, author of The Noonday Demon: An Atlas of Depression, winner of the National Book Award)
“I read Cris Beam's Mother, Stranger in one sitting, riveted in place, unable to take my eyes of her words. What shines through this wrenching and clear-eyed examination of a child caught inside her mother's madness is the writer's courage, her wisdom, her unshakable compassion." (Alison Smith, author of Name All the Animals)

What listeners say about Mother, Stranger

An honest and powerful exploration of the personal legacy of trauma, told beautifully and without pretense through the authors search to understand how her mother shaped her identity. Very personal and absorbing. It resonated deeply with me, and it helped me understand better the effects that trauma has had in my own life.

A complete waste of time

What was most disappointing about Cris Beam’s story?

The author/narrator read with flat, rapid speech and the entire book was so lacking in any emotion or any real story to tell. A series of statements about her mother and the relationship that was sad but sounded like a "pity party". It was that impossible for me to listen more than a couple of minutes at a time and never I jumped forward through the chapters hoping for something to improve. No story. Very self indulgent, yet a sad ranting by a woman who obviously has had a rough time.

Very disappointing and sorry for having bothered to purchase and listen to it at all. Don't recommend this book at all. Nothing worthwhile to warrant time and effort.

...mother, daughter...and the story. Hard to know what to believe of an overly short, hazy, fragmented tale from the remembrances of a fourteen year old runaway. They all seem to suffer from Borderline Personality Disorder.