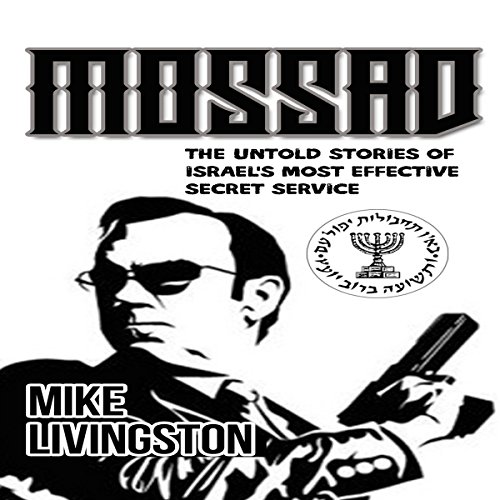 Depending on whom you ask, the Mossad can be seen as a legion of heroes or a group of villains. Officially, the Mossad is an intelligence agency responsible for intelligence collection, covert operations, counterterrorism, bringing Jews to Israel, and protecting Jewish communities.

Now, in this book, you'll discover many of the Mossad's covert operations - including the ones not often talked about...the ones that shame...and those that are best left forgotten. Secrets of this highly tactical organization will be revealed, including information not available to the public

With this information in hand you'll have myriad perspectives on the Mossad. You'll know whether you deem them saints - or if they are the epitome of a killing machine.

Or you may be neutral to their actions, understanding that the Mossad does what it has to at times.

In any case, this books aims to give details on the Mossad's covert missions in fairly objective terms.

What listeners say about Mossad