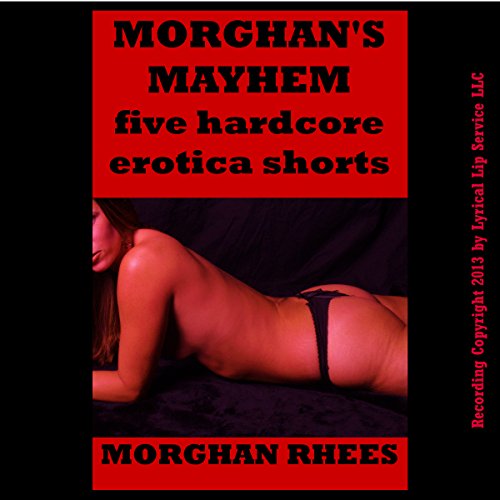 There's nobody like Morghan Rhees when you're looking for hardcore sex shorts. Her thrilling best-selling erotica is all you need for an exhilarating trip to sexual bliss. If you like sweet, hard, rough, or gentle; she's your girl.

"Let's Bang My Wife Together: A Wife Share Double Penetration Short": Candice and her husband Sean have a secret. Although every one of their friends think they're just a typical upper middle class couple, the truth is they enjoy very rough, kinky sex. In fact, when Sean tells her he's invited his best friend Allen to join in the fun, she's worried. It's not the prospect of taking on two men - to Candice, double team sex is part of the wonderful rough sex life she's developed with her husband. This time, though, it will be a friend and not a picked up stranger driving her crazy with a double penetration!

"Wife Swap When the Lights Went Out: Best Friends Take Each Other's Husbands": Nadia and Mona have been friends for years, and their husbands have as well. It's an open secret that the women are attracted to each other's husbands, and one night in the midst of a power outage, they all gather together and determine to act on that attraction. Before long, there's a wife swap sex encounter with plenty of hard, rough sex and even a first lesbian experience.

What listeners say about Morghan's Mayhem