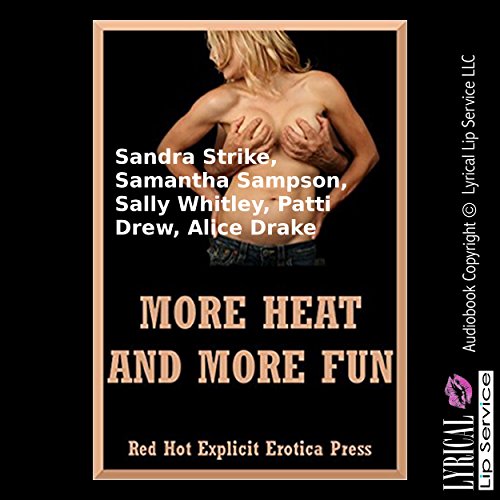 Here are five explicit erotica stories, and the stories are hot as hell! With rough sex, sex in public, group sex, first lesbian sex, and more, these authors don't hold anything back.

2. "A Day at the Spa: A Group Lesbian Sex Erotica Story" by Patti Drew

My best friend was always quirky and a little bit crazy, so when she whisked me away for a day of relaxation as a birthday present months late, I wasn't all that surprised. I sure got surprised when I realized what happened at this particular business! While I was enjoying the heat from a hot spring pool, a bunch of naked women came in, and they were prepared to give me my first lesbian sex experience. Let's just say I have a new appreciation for day spas!

3. "Anything You Want: A College Student Becomes a Call Girl" by Sally Whitley

Sally Whitley begins her memoirs as a college call girl. Now 25 and starting her career in business acquisitions, she spends her down time recalling and recording the sexual encounters that paid for tuition, housing, books, and food as she earned her BA and MBA.

It's a nearly impossible costume to pull off, much less to look good in it, but Kennedy is the walking and talking embodiment of Dancing Sun at the convention. She has the blue sailor top, the tiny skirt - just everything. The only downside is that the costume is so revealing that she's in a sort of perpetual state of embarrassment. She puts up with it though because she has big plans for her man. He's always been a fan of the anime show, and she's going to give him the full fantasy treatment! That means the little anime vixen is going to be putting on a striptease show, and Dancing Sun won't be getting out of this predicament!

5. "In Front of Everyone? A Rough Public Sex Erotica Story" by Sandra Strike

Be careful when you make a bet at a bar, especially when you bet with Tom. That's just what our lovely sexy heroine does in this short, and the stakes are high. If Tom wins, he gets to take her any way he wants, right at the bar, and right in front of all the other customers!

What listeners say about More Heat and More Fun