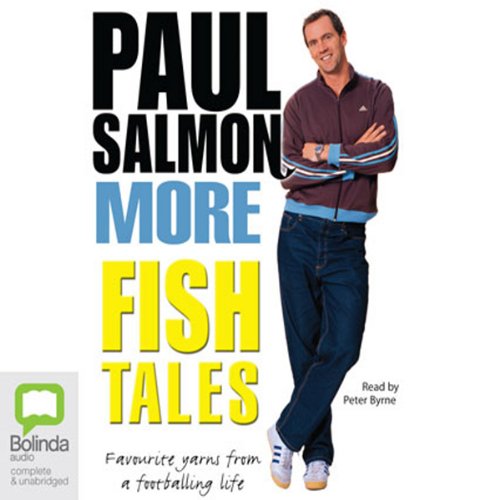 How did Terry Daniher save a famous Melbourne stately home's priceless chandelier from crashing to the floor? What happened when Lou Richards gave big Simon Madden a massage? Is Billy Brownless any good at making milkshakes? And what did James Hird want with the Fish at 3am, one hour after surgery? Paul Salmon - the Big Fish - reveals all in More Fish Tales.

In his second collection of stories from a long and eventful playing career, Australian football's most celebrated big man takes us behind the scenes, into the change rooms and boardrooms and onto the field. Paul tells of match-day madness inside the coach's box, various teammates' brave but unsuccessful business ventures, his comeback year with Essendon in 2002 - and the ongoing challenge of trying to figure out the enigma that is Kevin Sheedy. Just like sitting down and having a chinwag with a mate, More Fish Tales is a delightful mixture of people's stupidity, the foolish indiscretions of youth, some well-chosen words of wisdom - and a laugh at the sheer absurdity of it all.