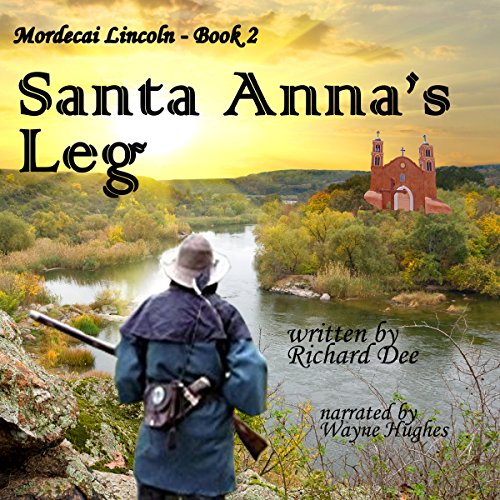 1840s, action-packed adventure, with a goodly dollop of humor and romance. Fact: In the spring of 1840, a hodge-podge "army" of not very scrupulous mountain men, Mexican bandidos, and 200 Ute Indian warriors, swept down on Mexico's, Alta California. In the vicinity of El Pueblo de Los Angeles, these "brigands" gathered up and drove away, some three to five thousand prime-quality horses and mules! Little more is recorded of this event, and all sources vary wildly concerning the specifics. The following is the frolicsome fleshed-out fable of that raid, and of the unforeseen repercussions it precipitated for the destinies of three nations - Mexico, the USA, and Great Britain. The real-life players include: crusty, eccentric, Old Bill Williams, and fellow conspirator, Tom (Peg-leg) Smith, the mountain men who conceived and organized the raid, Ute Chief Walkara, who's braves did most of the dirty-work, plus "that stellar scoundrel" Antonio Lopez de Santa Anna, President of Mexico, who had come north to quash the fires of California rebellion, using his usual methods of blunt force, summary trial, and instant execution. Our three "heroes" - Parson Mordecai Lincoln, mountain man Ben Hammond, and the ex-slave, Euripides - are sucked into these momentous events by merest chance. Along the way they encounter various intriguing characters in one too-close-to-call "mishap" after another. Vengeful Navajos and Comancheros, mission padres with an ax to grind, a seditious Don and his fiery daughter, American, British, and Mexican warships on hair trigger, and Mordecai's life-long nemeses - those notorious Maddox brothers - reborn! All contrive to keep "things" really popping.