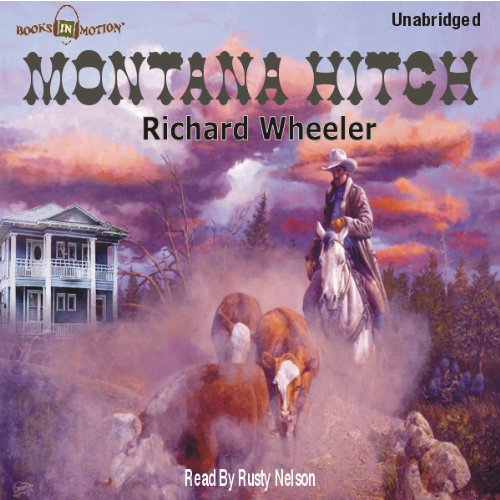 From the moment Abner Dent spotted Eve in a Maiden dance hall, he knew he wanted her for his wife. He promised her everything and kept his word. He built her the finest white house in Judith basin and ordered the finest furnishings.

But suddenly - so it seemed to Abner - everything was falling into ruin. He was living in a mansion he could barely afford with an unhappy bride. Someone was stealing his calves and others were stealing the market for his beeves from right underneath his nose. When it seemed as if nothing worse could happen, a neighboring cattleman was staking a claim on Eve and his Ranch.

It was time to take action, and the course Abner set on meant total victory - or the end of his dreams. For Abner, it meant destroying the very thing he loved best to save his beloved ranch.

What listeners say about Montana Hitch