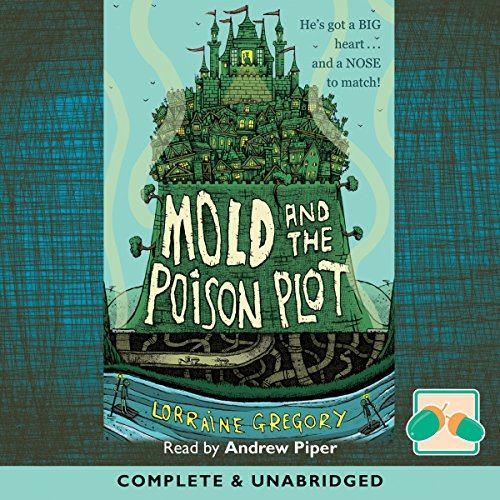 Mold and the Poison Plot

Mold's a bit of a freak. His nose is as big as his body is puny, and his mother abandoned him in a bin when he was a mere baby. Who else but the old healer Aggy would have taken him in and raised him as her own? But when Aggy is accused of poisoning the King, Mold sets out to clear her name.

In a thrilling race against time to save her from the hangman's noose, Mold faces hideous, deadly monsters like the Yurg and the Purple Narlo Frog. He finds true friendship in the most unusual - and smelly - of places and must pit his wits and his clever nose against the evil witch Hexaba.

What listeners say about Mold and the Poison Plot