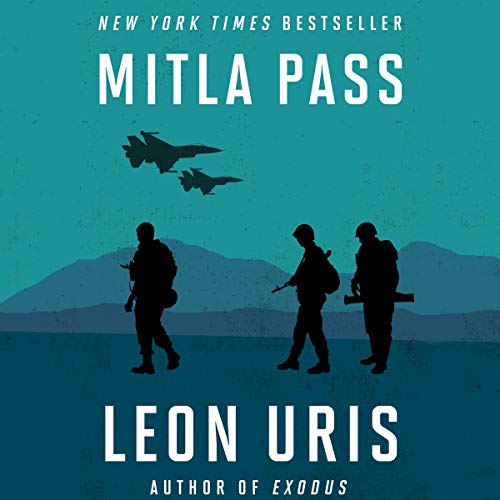 Gideon Zadok arrives in Israel with every intention to research a new book, mend a broken marriage, and improve his dysfunctional family. But as political tensions escalate and his family is evacuated, Zadok asks to follow Israeli paratroopers to secure Mitla Pass and finds himself in the midst of one of the largest global crises of the twentieth century. A sweeping novel of love, passion, and freedom, Mitla Pass stands as an epic look at modern Middle Eastern history and is quite possibly Uris’s most autobiographical work.

From Library Journal:
Against the backdrop of the 1956 Sinai War, Uris provides a riveting portrait (possibly autobiographical) of a man caught in personal crisis. Gideon Zadok, best-selling novelist and successful Hollywood screenwriter, has come to Israel with his family to research a new novel and to shore up a crumbling marriage. But he jeopardizes that by starting a passionate affair with a beautiful Auschwitz survivor. Zadok is a man wavering on the edge of a breakdown. As the political crisis escalates, and his family is evacuated, Zadok asks to accompany Israeli paratroopers on a desperate mission to seal off the strategic Mitla Pass. The Uris name will make this book much in demand, and if it is not as much of an epic as Exodus or Trinity, it has in Zadok Uris’s most fascinating character.

I was disappointed in this novel. I read my first Novel by Leon Uris, Mila 18, when I was in the 8-9th grade, and for years thereafter I tried to read at least one of his books every year or two. Of all those I have read this was the worst. I can not recommend it.

Sad book for such a great author

Hard to believe that Leon Uris who has given us so many great books in the past wrote this book. It is a jumble of incoherence, and actually quite boring. I am quite sad actually.

This really is a story (perhaps autobiographical) of an at-sea author. It isn't about what happened at Mitla Pass. Not very much intrigue but lots of interpersonal action. I guess with enough bedroom antics you can get away with any story.