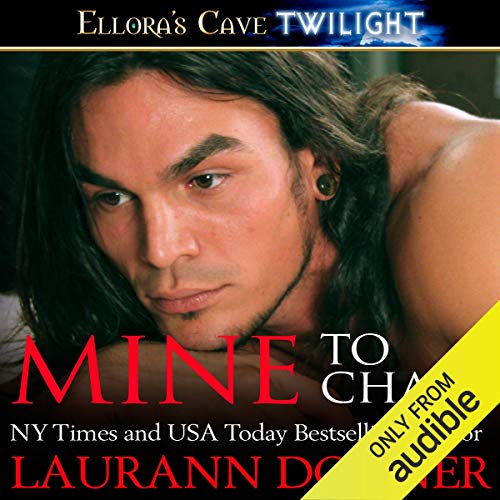 Listeners won't be able to tear themselves away from this fast-paced supernatural novella, loaded with Laurann Dohner's signature action, angst, and dangerously sexy heroes. Aisling Conaway's performance captures both Chase and Jasmine's perspectives as fate draws them toward what they yearn for most - and into the crosshairs of untold enemies.

Feared hybrid Chase will need to pull his chosen mate from more than one fire, but time is running out to solidify their destined bond as the price climbs higher.

This book is loosely related to "Scarred and Kilt" from the anthology Something Wicked This Way Comes, Volume Two.

Jasmine met the guy of her dreams, who unfortunately wasn’t interested. She’s spent a year filled with lustful fantasies and soul-deep yearning for a man who doesn’t want her. Now she’s locked away in a dark hole, kidnapped by a madman, her life almost over. She’ll never know what could have been, if only he’d felt the same.

She was supposed to be his a year ago, but Chase had walked away to protect her from his world. He’s a mixed-breed - vampire and werewolf - and his list of enemies is endless. His current mission is to hunt down and kill a rogue vamp who’s preying on humans, but what Chase finds changes everything - Jasmine's one of the victims. Instinct demands he protect her, possess her. He won’t be denied again. This time, she's his - for keeps.

What listeners say about Mine to Chase

I really keep trying but it's just no good!

I have tried to listen to this like 6 times...but the beginning is just so boring...

I really like Laurann Dohner, but this is just not that great... Either I keep getting side tracked or this is just really boring...

Narration was not all that great either..

No recommendation, well... maybe a sale on a rainy day!

Are both leads female?

Narrator was the worst. Sometimes the female voice was more masculine than the male lead. He sounds gay.

I have read this book once before and I really enjoyed the storyline, but I think it was just way too short. We are just missing some important parts of this story.

I liked Chase but I didn’t feel it. It is a good little story to dip your toe into Laurann Dohner but it just didn’t have that smoken’ hot feel that most of LD’s books do.

I liked the narration, but I think LD has a lot better narrators who can do a male voice whole lot better.

horrible. the narrator killed it. She doesn't differentiate between character voices... at all. If the book was good... I didn't notice. maybe if you read it rather than listen, it might be better.