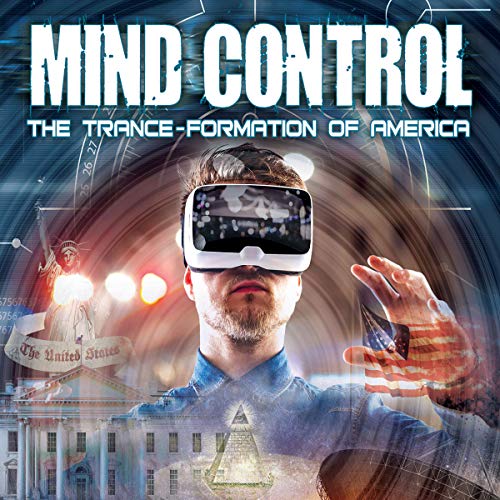 Explore the shocking story of trauma and sexual abuse used on two innocent American victoms as highly effective mind control techniques. Powerful factions have viciously exploited these methods for thousands of years as forms of interrogation and torture. Mark Phillips and Cathy O’Brien tell their story of being part of a sexual and trauma-based mind control program.

As a child, Cathy O’Brien was raised in an abusive family and was used in covert government programs as a drug trafficker and sex slave. Mark Phillips, who used to work for various government agencies, including the CIA as a mind control programmer helped to free Cathy and her daughter Kelly from their abusers. After fleeing to Alaska, they began the long process to deprogramming and learning more about the abuse she and her daughter had endured for years.

Featuring exclusive interviews with Mark Phillips and Cathy O’Brien from their home in Alabama, Mind Control: The Trance-Formation of America tells a fascinating story of the power of trauma and sexual abuse to control the human mind.

What listeners say about Mind Control

I read the book (Trance-Formation of America). This wasn’t it! This is a synopsis of what was in the book aka a money grab! I wish I could get my money back!

its a 3 chapter interview

its an interview about mind control abuse. victims and how they healed not what I was expecting but it wasn't bad... the audio is not great quality

It is not even a book. as advertised total con.sound quality awful..Avoid at all costs I want a refund

Not what it says on the cover

I am so glad I didn’t spend actual money on this because it isn’t the actual book and I would have been well pissed about that. It’s a conversation that is spoiled by stupid background music, noise, poor audio and unnecessary sound effects that make it impossible to hear anything. DON’T BUY