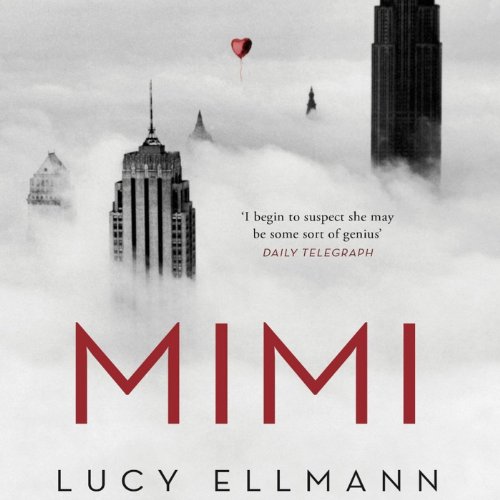 It's Christmas Eve in Manhattan. An eminent plastic surgeon slips on the ice, lands on his butt, and sprains his ankle. So far, so good. A woman such as he's never known yanks him to his feet and conjures the miracle of a taxi. Harrison recuperates with Franz Schubert, Bette Davis, and a foundling cat. Then it's back to rhinoplasties, liposuction, and the peccadilloes of his obnoxious colleagues. It is only when he collides again with that strangely helpful woman that things take a wild and revolutionary turn. Sparkling, polemical, irreverent, slippery, and sexy, Mimi is a love story, a call to arms, and Lucy Ellmann's most tender and dazzling audiobook. It's also the feminist novel of the century. (So far.)

What listeners say about Mimi

Extremely boring and tedious. Really struggled to get through to the end. The narrative is dreadful with endless lists, characters you could not care less about and nothing really happens

Has Mimi put you off other books in this genre?

Would you be willing to try another one of Matthew Josdal’s performances?

No, his voice was annoying, though not helped by writing

What character would you cut from Mimi?

All the main ones

I do not know who would enjoy this, very weak story .I made mistake buying this. nothing really happened. The narrator was grating. Gave up after two hours listening.

Very indulgent ranting on with not much to say, the dullest book I have ever chosen

Wish I'd read it, not listened to it

This was probably a better read, than an audio book. I agree with the other reviewers, the narrator made it very boring and monotone and the emphasis was wrong in parts - like he'd not realised the rest of the sentence was on the next line. Very irritating. This book was on our list for the book club and to save time, I thought I'd listen, rather than read it.
Wish I'd done it the other way round. Shame

Don't Do It, Screaming Drivel.

What would have made Mimi better?

A storey! A character you could scrape up some interest in, or a narrator who didn't feel he had to put inflection into every other word. Perhaps if he had gotten it in the right place it would have helped - no, on second thoughts, nothing would have helped this book.

Has Mimi put you off other books in this genre?

No, I take each book as I find it but I will certainly read reveiws before purchasing another.

Would you be willing to try another one of Matthew Josdal’s performances?

NEVER! He has to have one of the most annoying voices on the planet.

What character would you cut from Mimi?

Bubbles the cat, to save her from having to listen to these characters.

Don't make my mistake and waste a credit on this dross!

I have no idea it was really bad to listen to

Would you ever listen to anything by Lucy Ellmann again?

only if the narator was different

The voice was so hard to listen too

If you could play editor, what scene or scenes would you have cut from Mimi?