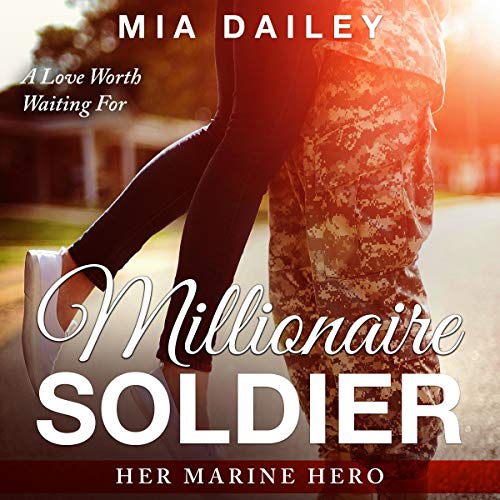 He’s dreaming of a woman who will love him and not his money. She’s dreaming of something more than a ranch life. Two believers looking for each other without knowing it and a chance encounter that changes everything!

After the woman he wanted to marry broke his heart, young multimillionaire and businessman James Greyson decides to join the Marines. A true romantic disappointed in love, heartbroken, and betrayed, he escapes in the hopes that his broken heart will heal.

James and his brother Alex have already suffered enough after the death of their parents. Will boot camp in San Diego help him find what he’s looking for?

Victoria Martinez, a God loving woman, has always dreamed of something more than the ranch life in Ohio. After getting her bachelor’s degree at an early age, she joins the Officer Candidate School for the Marines in the hope that it will bring her something more.

However, after her father dies of a heart attack a year later, she can’t stop blaming herself for it. Victoria seeks redemption in a children’s group at church and solace on a beach that makes her feel connected to God and finds a young, broke Marine just out of boot camp.

Instantly drawn to each other, they’re soon to face their trials: a horrifying accident that puts Victoria’s mother in the hospital that forces her to hurry back home - to the family that still hasn’t forgiven her, and a fire on the military ship where James is deployed.

Will Victoria finally forgive herself and have peace with her family? Will James make it out alive to tell Victoria who he really is? Will these trials bring them closer to each other or separate them forever, just when they’ve found true love? And, will they both continue to trust God or will their faith be shaken?

What listeners say about Millionaire Soldier: Her Marine Hero

This lives up to it’s Christian Romance tag. It had the potential to be far longer (this reads like a novella), no one has any depth to their various personas. So the ending was quite trite and wasn’t as exciting as you would expect.
Girl meets boy. Boy asks girl to marry him, girl accepts!

It’s not an adult age range novel, unless you’re young at heart! But it is nice and definitely makes you smile. I recommend this gentle tale for the simple take it