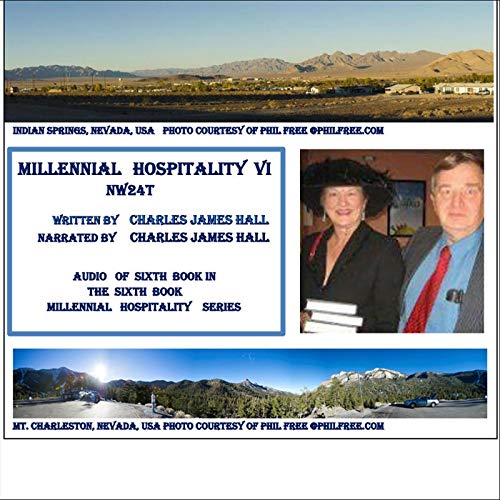 Long awaited, Millennial Hospitality VI: NW24T looks further into the people referred to briefly in Millennial Hospitality III: The Road Home. As a teenager in Wisconsin, Charles met several people with 24 teeth who claimed to be from another planet. Millennial Hospitality VI is full of easily traced information which appears to support the assertion that these people, exhibiting a genetic anomaly distinguishing them from humans, have been visiting and living ordinary lives among us for centuries.

Charles James Hall, a retired nuclear physicist and IT specialist, considers his writing on hall photon theory - which promises to change how we view the universe and explains how craft can be made to travel faster than the speed of light - to be his primary interest. His writings on his interactions with extraterrestrials, first introduced in the early 2000s, caught worldwide attention, and he has enjoyed invitations to address audiences all over the world. He and his wife of over 50 years live in Albuquerque, New Mexico.