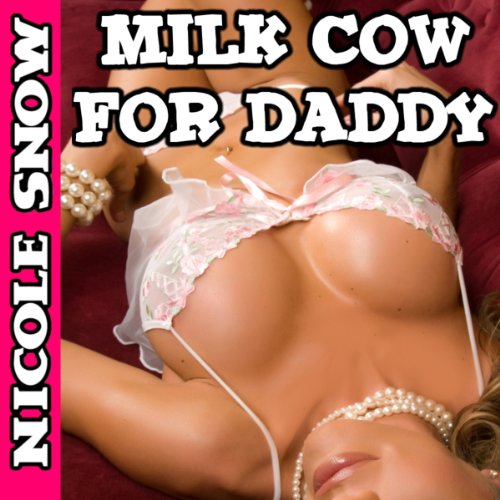 Nothing is off limits for daddy's step daughter. Peter King dreams of seeing his sweet young woman in total bondage: naked, lactating, and breeding for him. Taking it slow and soft isn't part of Peter's vocabulary. Unknown to fertile Lacy, her daddy has big plans for her. Enormous plans she'll do anything to be a part of. They've both had all they can take of her mother's wicked ways, and a new life calls in the wilds along the northern shore. One long drive brings them to their new home. There, Lacy and Peter are free to start a new existence together, one where they can indulge their darkest dreams. Daddy plays for keeps. He isn't going to stop until his innocent step daughter becomes a woman, a mother, and his personal milk cow.

What listeners say about Milk Cow for Daddy

If you don't like the thought of a step father & daughter coming together, where you could feel like he's groomed her this isn't for you, though if you just see an older man - younger woman then I think you might enjoy this 😉😘💥💥💥

NOT What I Was Expecting At All

I expected this to be very hot and heavy, passionate, taboo and it really wasn't. It fell flat for me and left me disappointed. The narrator's portrayal of the 18 year old girl sounded more like an 8 year old, it was very off-putting. I was waiting for the explicitly and sexual tension to mount and it never did. This was just all around awful. I would recommend this same author's Motorcycle Club series' if you're looking for a sexier listen. This one was just not worth any amount of $/credit no matter how minuscule.