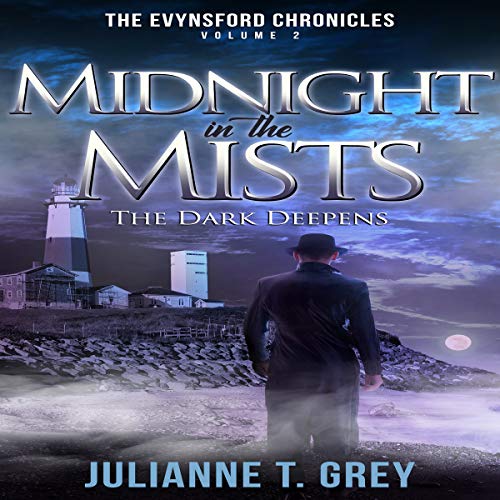 Midnight in the Mists - The Dark Deepens

It has been more than a year since Inspector Arthur Eldermann was sent to find the vanished children of Evynsford and the fingertips of some shadowy will were revealed. It could almost be believed whatever darkness had come to that secluded hamlet had been driven off. Yet the mists endure, an oppressive, smothering blanket, and as the pale summer of 1899 spreads up the British Isle, another ill wind blows across Evynsford from the Irish Sea.

Something has been tearing apart the fields, and so three farmers set out to end the menace. When they don’t return, searches begin, and in a prospector’s lodge, a grisly scene is uncovered. It could not have been the work of any man, but no such creature haunts those shores. The watchman placates and consoles, but the cries of the widows and the fatherless grow too loud. Something must be done. Once again, things that cannot be explained are plaguing Evynsford, and a call goes out for a constable to help. Well, not a constable.

Inspector Eldermann has not been idle this past year; his professional triumph and spiritual revival in Evynsford having landed quite a bit more in his lap. Case after gory case has been handed to him, sending him wading waist-deep into human depravity even as his soul strives to rediscover what it means to be holy. Wrestling with the black night inside himself and the world around him, the inspector is called back to the place where his life began its new road.

Someone is waiting there for him, and she has been very patient...but can she and the man she longs to love stand together when darkness comes for them from within and without?

What listeners say about Midnight in the Mists - The Dark Deepens