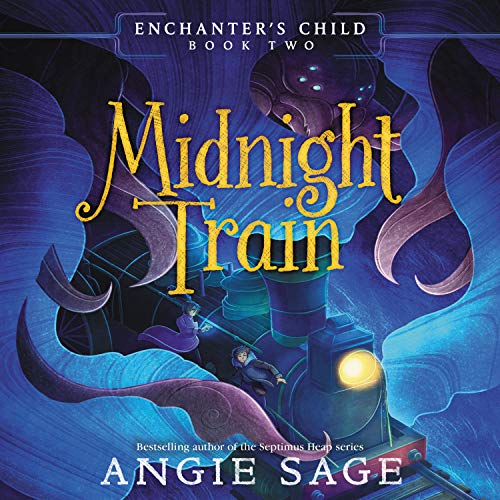 In the second magical volume of the Enchanter’s Child duology, the best-selling author of the Septimus Heap series, Angie Sage, crafts a stunning finale filled with humor, drama, and nonstop action, just right for fantasy-adventure lovers.

In the first book of the Enchanter’s Child duology, Alex discovered the truth: Not only does she possess magical powers, but her father is Hagos RavenStarr, who was once the king’s Enchanter.

Alex is pursued by the fiendish Twilight Hauntings, monstrous Enchantments created because a prophecy foretold the king’s death at the hands of an Enchanter’s Child. The Twilight Hauntings are designed to rid the land of all Enchanters and their children, but Alex has other ideas. Why should she be forced to leave the place where she belongs?

So now, Alex is on a mission to destroy the Twilight Hauntings. And to do so, she must find the very thing that created them - a magical talisman called the Tau.

But where is it?

In her search for the Tau, Alex enlists the reluctant help of her father and a strange assortment of people along the way. As she travels, Alex hones her magical skills and learns that even family and friends can surprise her.

What listeners say about Midnight Train

If enchantments R possible, so is this train ride

The comedy of mistaken identities and close calls, gets turned into a sad list of lost opportunities. Idiocy begins somewhere around 15: adults (aka the King) destroy train systems; young teens refurbish and deploy a steam engine. While the kids lube the bearings, push the coal tender by hand, feed the boiler coal, add water, and clear a landslide, the adults struggle with a malfunctioning bell. I do have some questions: Why blow the whistle? How did the rails get shiny?
One common element of Sage writing - no one has a romantic dimension; except here there is one indiscretion.