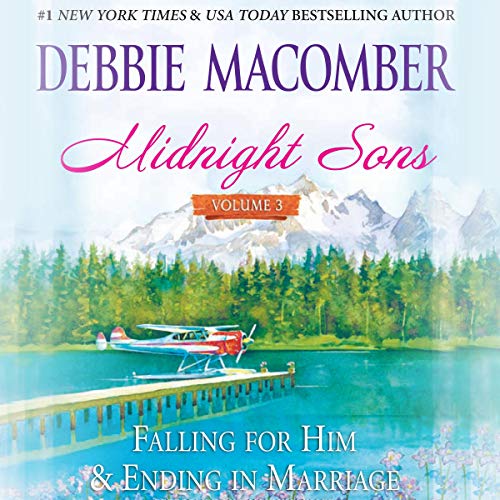 Location: north of the Arctic Circle. Population: 150 (mostly men!) But the three O'Halloran brothers, who run a bush-plane charter service called Midnight Sons, are heading a campaign to bring women to town.

Christian, the youngest O'Halloran brother, has a problem, and her name is Mariah Douglas. The Midnight Sons secretary is always losing his messages, misplacing his files, and generally creating chaos. Despite that, he can't get her out of his mind....

The clashes between pilot Duke Porter and Seattle attorney Tracy Santiago are legendary. Duke's a tough, rugged individualist who delights in expressing outrageous opinions, particularly when Tracy's around. But she gives as good as she gets...and not just when they're arguing!

And a Special Bonus Story... Midnight Sons and Daughters

Scott O'Halloran and Chrissie Harris are all grown up now. After years away from Alaska, Scott's back in town, and everybody's wondering if he's here to stay. Especially Chrissie, the girl he left behind.

Loved the story. Keeps you intrigued for the romantic ending and how they get there.

Great End to the Series

This series was so much fun and it couldn't have had a better ending. I love how each of the original families were featured. It was great to see their lives so many years later. Each character was so well established that it really made Hard Luck come to life.

Good Ending to the Series

This was a good ending to the series. I was wondering about the next generation and she satisfied my query.

have enjoyed all books in this series

Debbie Macomber continues to entertain her followers with entertaining stories based on families. Love the family connection in her books

Really liked all the characters

I enjoyed this entire series. Couldn't wait to listen to each one. Start at Volume 1.

This sets the tone for a very great series. I was pleasantly surprised. The narrator was great. He read for the entire series and did a fantastic job, his voice was not irritating nor too masculine for the children or female parts. I listened to all three volumes and was not disappointed.