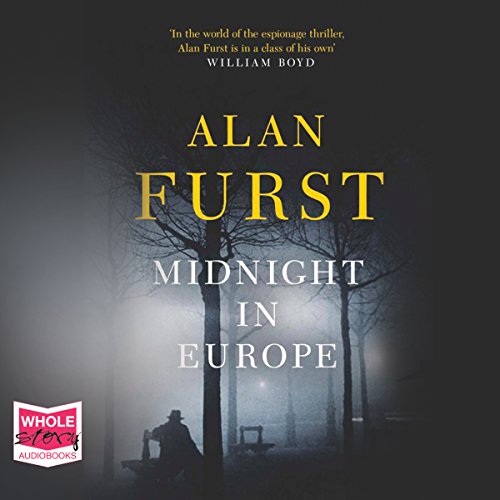 Paris, 1938. A shadow edges over Europe, while in Spain the war has already begun. Cristián Ferrar, a handsome Spanish lawyer in Paris, is approached to help a clandestine agency supply weapons to beleaguered Republican forces and agrees, putting his life on the line.

Joining Ferrar is an unlikely group of allies: including Max de Lyon, a man hunted by the Gestapo, and the Marquesa Maria Cristina, a refined beauty with a taste for danger.

"A richly enjoyable mix of spy adventures, love stories, thrillers and social histories" ( Mail on Sunday)
"In the world of the espionage thriller Alan Furst is in a world of his own" (William Boyd)

Beautifully Read, but Too Leisurely.

Alan Furst's novel set in Paris in the run-up to World War Two has all his strengths and weaknesses; vivid evocation of time and place (you can smell the croissant) but the pace is ago ousting in places and the sex adds little except titillation. "Oh do get on!" was in my mind far too often. If you are hoping for an airport thrill, dear reader, move on. If you want to live with the central character on a daily basis and ' look over his shoulder' as he stumbles through intrigue then this is the book for you! Stay with it; you'll be glad you did.

What would have made Midnight In Europe better?

Has Midnight In Europe put you off other books in this genre?

Felt this could have been gripping but it just was not.